On to Delaware City

We left around 8:30 am for Delaware City and the weather called for small craft warnings but I decided leaving a little later we would hit the wind as it calmed down.  We did get some wind spray on the boat but as we continued on it became like glass and was a great ride.  Navigator caught up with us just before entering the C&D canal.  When you go to Delaware Bay you have to go through the C&D canal.  This is a canal built to connect the top of Chesapeake Bay to the Delaware Bay, thus C for Chesapeake and D for Delaware Bay.  We arrived at Delaware City around 4:00pm and stayed on the boat for the night before leaving the next mooring for Cape May New Jersey.  I thought that it was interesting we left Maryland ended up in Delaware and the next day we were in New Jersey.  I know by car that is no big deal, but when you are going 10 mph it is a big deal.  We didn't go into town in Delaware City because we just were tired and wanted to get up early the next day for a favorable weather window down Delaware Bay to Cape May. 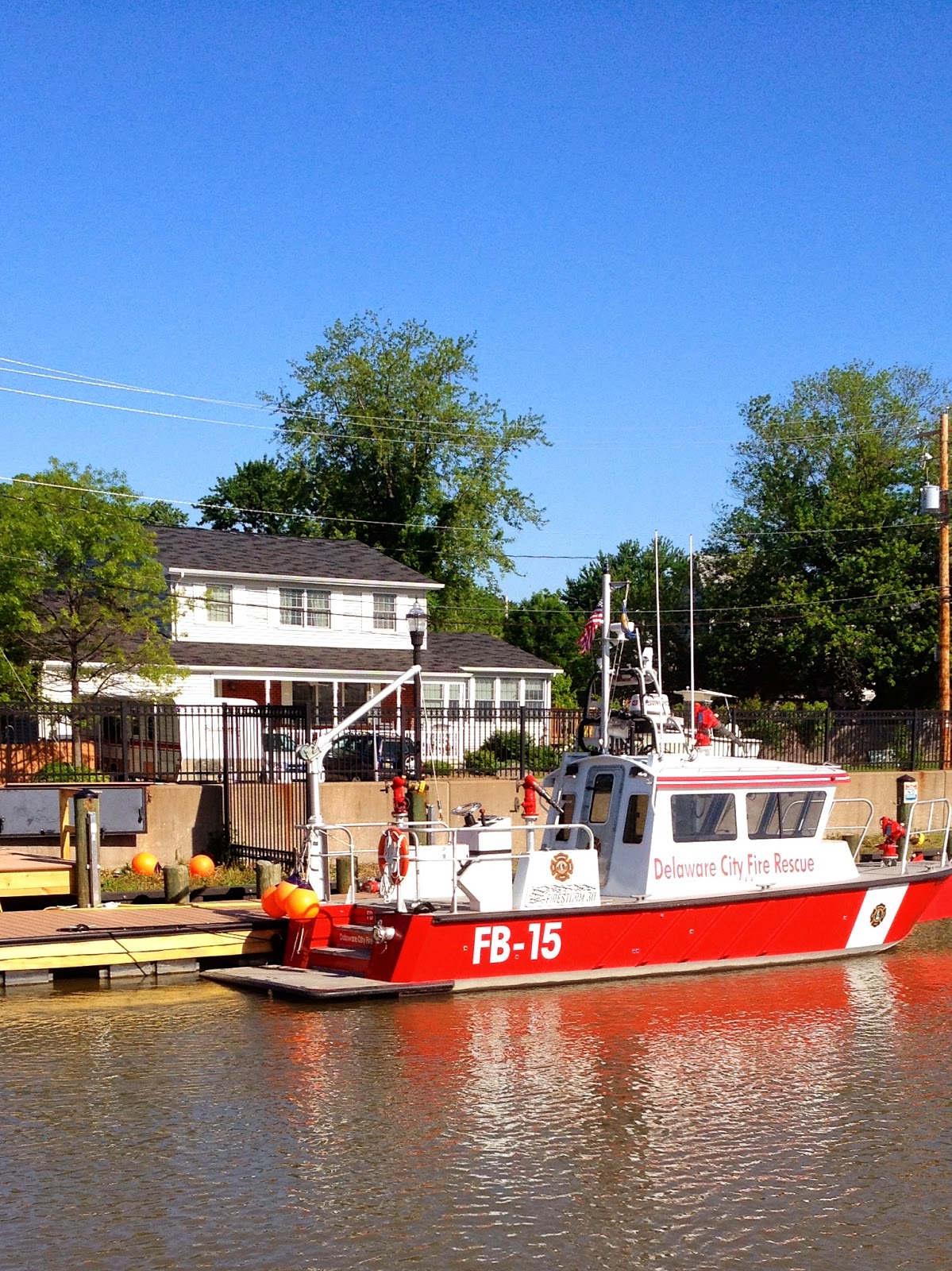 Posted by Larry Dezonia at 7:17 AM