While in Orlando and Heading Back to Jacksonville

Bay Hill........what can I say?   This is the first time I have been to a PGA champion event.  It was like I saw it on TV, except better.  If you ever been to professional baseball, football, or any other event it's better than TV.  Congrats to Every for coming behind and winning.  Tiger Woods is a wuss.  So, while in Orlando Jan wanted to go to Disney and check it out.  We bought a two day pass even though there is five different parks here in Orlando.  First day we went to Epcot and the second day we went to "The MagicKingdom".  Let me tell you, there is nothing magic about it.  If you ever been to Disney in Anaheim, do not go to the "Magic Kingdom" in Orlando.  It's the same rides and theme as Anaheim.  One other tip, do not go during spring break.  OMG!  Since we stayed in Orlando for the Bay Hill and Disney, poor Chloe was checked into the Pet Paradise.  This place had a built in swimming pool in the shape of a dog bone, air conditioned, and lots of room to have fun.  We also paid for extra play time.  We think she had a good time but was happy to see us when we picked her up.

We started back up the St. Johns yesterday and stayed the night at Astor for our 43rd Anniversary.  This was the place we stopped when we headed down.  We went over to the restaurant and had a drink and of course you have to have some alligator bites.  We left early this morning to get ahead of the wind that is suppose to come up before we get in to Palatka.  We pulled in just as the wind was starting to pick up and after tying up got some laundry done.  Tomorrow we will head back to Ortega Landing Marina for four days before heading North.  Before I finish this I just want to say the St Johns River South of Lake George is the most beautiful river I have ever been on.  I can't say what the Amazon is like but if I had to imagine I would say it was like being on the Amazon.  The wildlife and foliage was unbelievable. 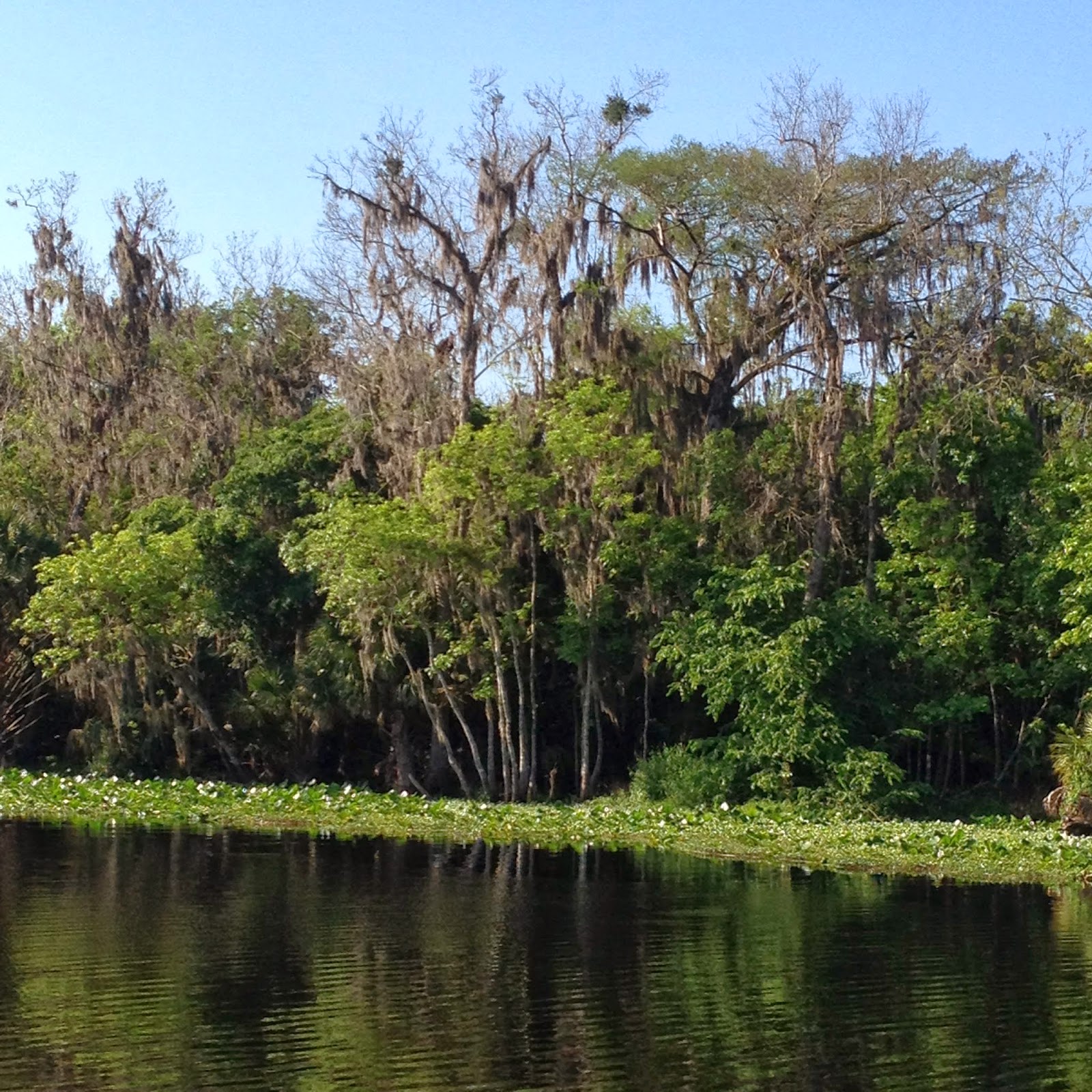 We left Astor first thing Friday morning and headed South to Sanford.  I think this is the most beautiful part of the St. Johns.  We saw alligators and all kinds of wildlife with lots of no wake zones because of Manatees.  After entering Lake Monroe we pulled into Monroe Harbour Marina in Sanford at around 3:00pm.  We checked in and got our mail we had sent earlier and arranged for a rental car so we could go to Orlando tomorrow.  Jan and I are going to the Arnold Palmer Invitational Golf Tournament and to Disney World for a couple of days.  Isn't retirement great? 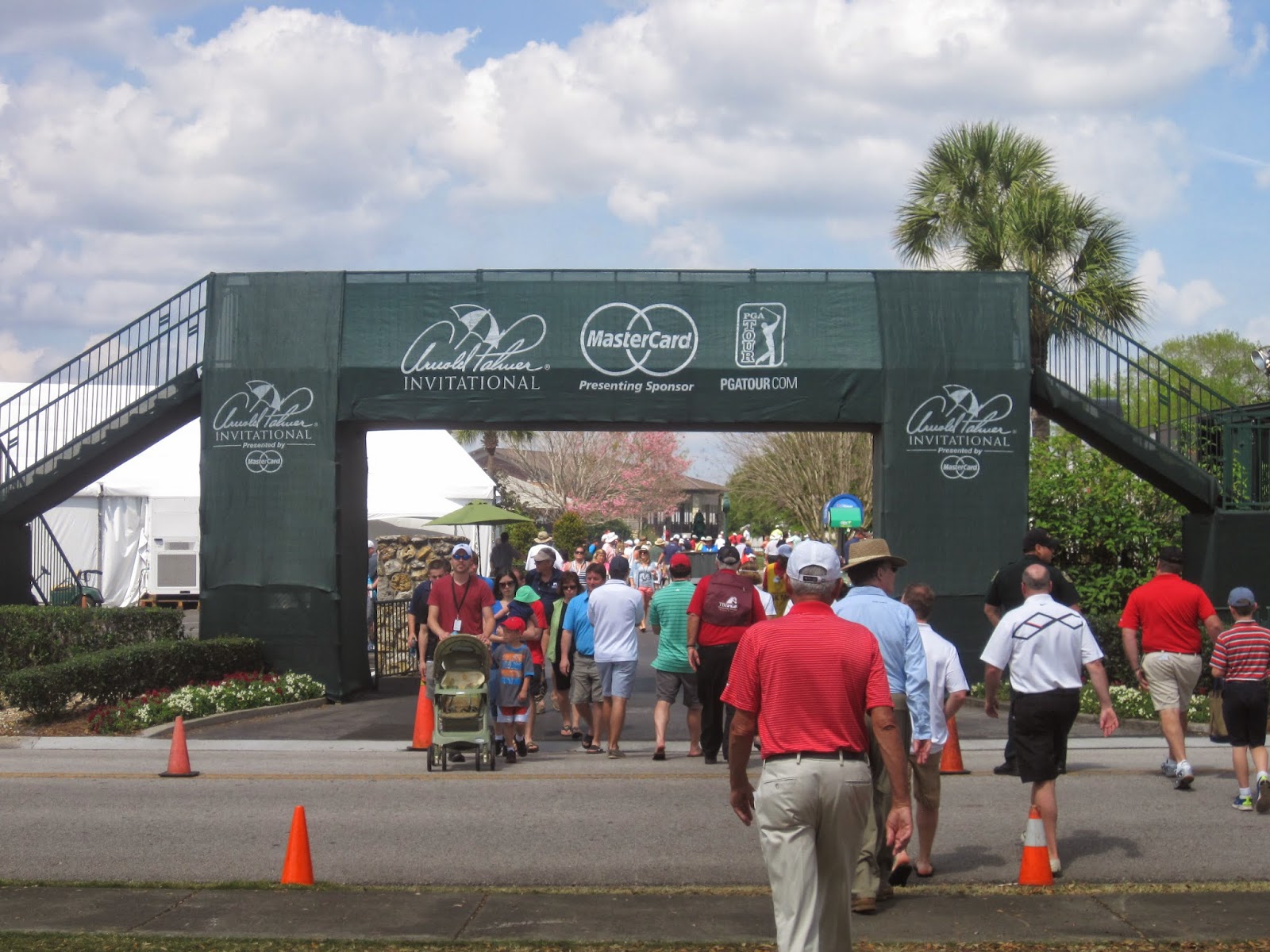 We left Jacksonville on Wednesday morning and headed down the St. Johns River to Palatka Fl. with Inch 'N' Along.  The river is fairly wide the whole way, but there was no wind and had a great ride.  We pulled in at 2:30pm at Palatka, and after getting cleaned up we all walked into town and had to go to the oldest diner in Florida called Angels.  Pretty much a hamburger place but good hamburgers.  Back at the boat we updated our blog and got caught up on some recorded TV shows.  This morning I met Mike on the dock and they decided to not go quite as far as us because they needed to head back to Jacksonville before a front was coming in this Monday and Tuesday.  The reason is there is Lake George that is about 18 miles long and if wind comes up it can get pretty rough.  They are going back home to Tennessee for a couple of weeks to visit family and friends. We are planning on continuing on to Sanford for a few days to rent a car and check out Disney World and Epcot Center in Orlando and this weekend is the Arnold Palmer Invitational Golf Tournament which friends of ours will be attending and can get me in on Saturday on the 17th hole in one of the bungalows.  Watch for me on TV.  Right now Panacea is at Astor Fl. which is a great little town on the St. John.  Tomorrow we will head for Sanford. 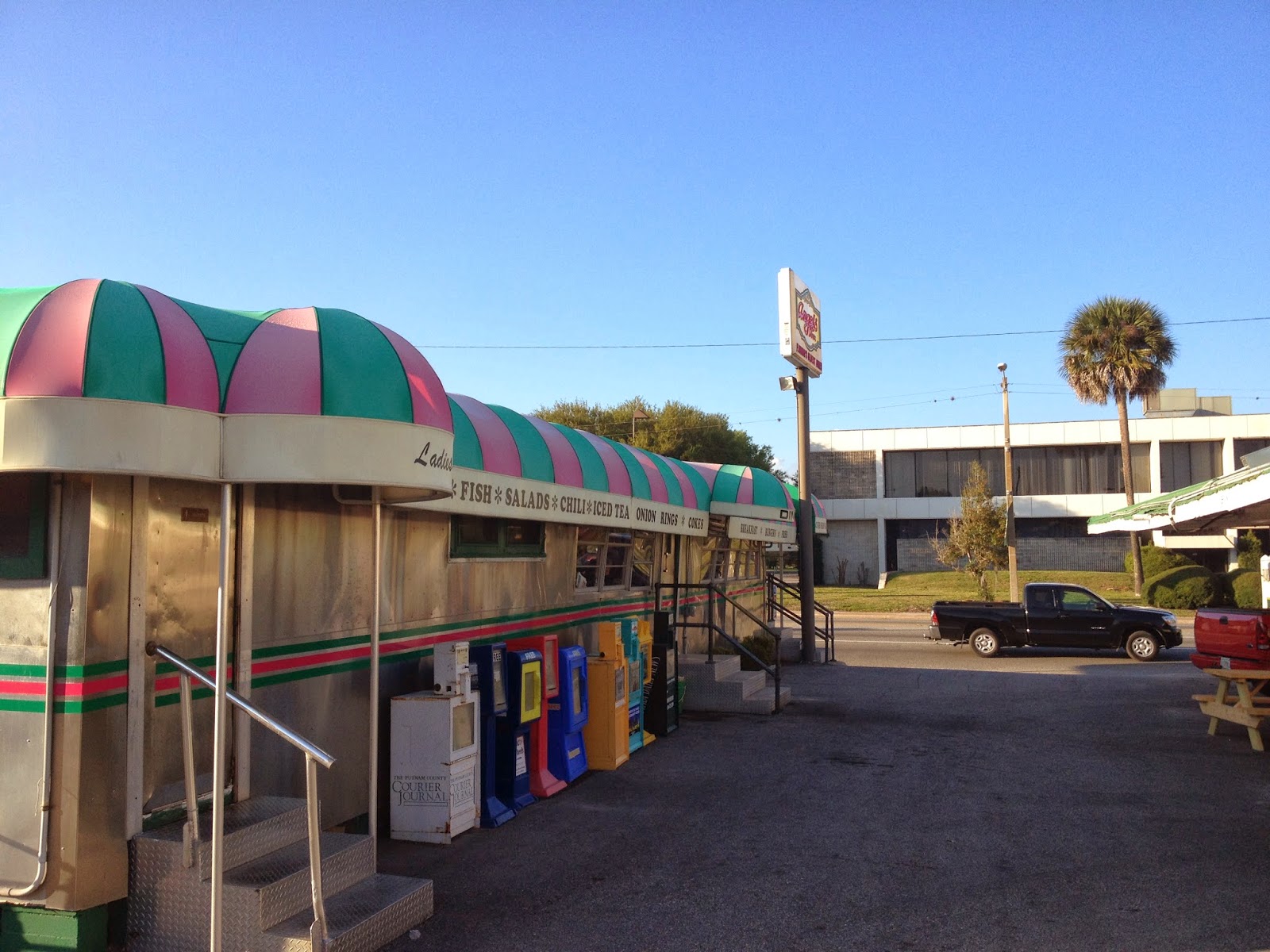 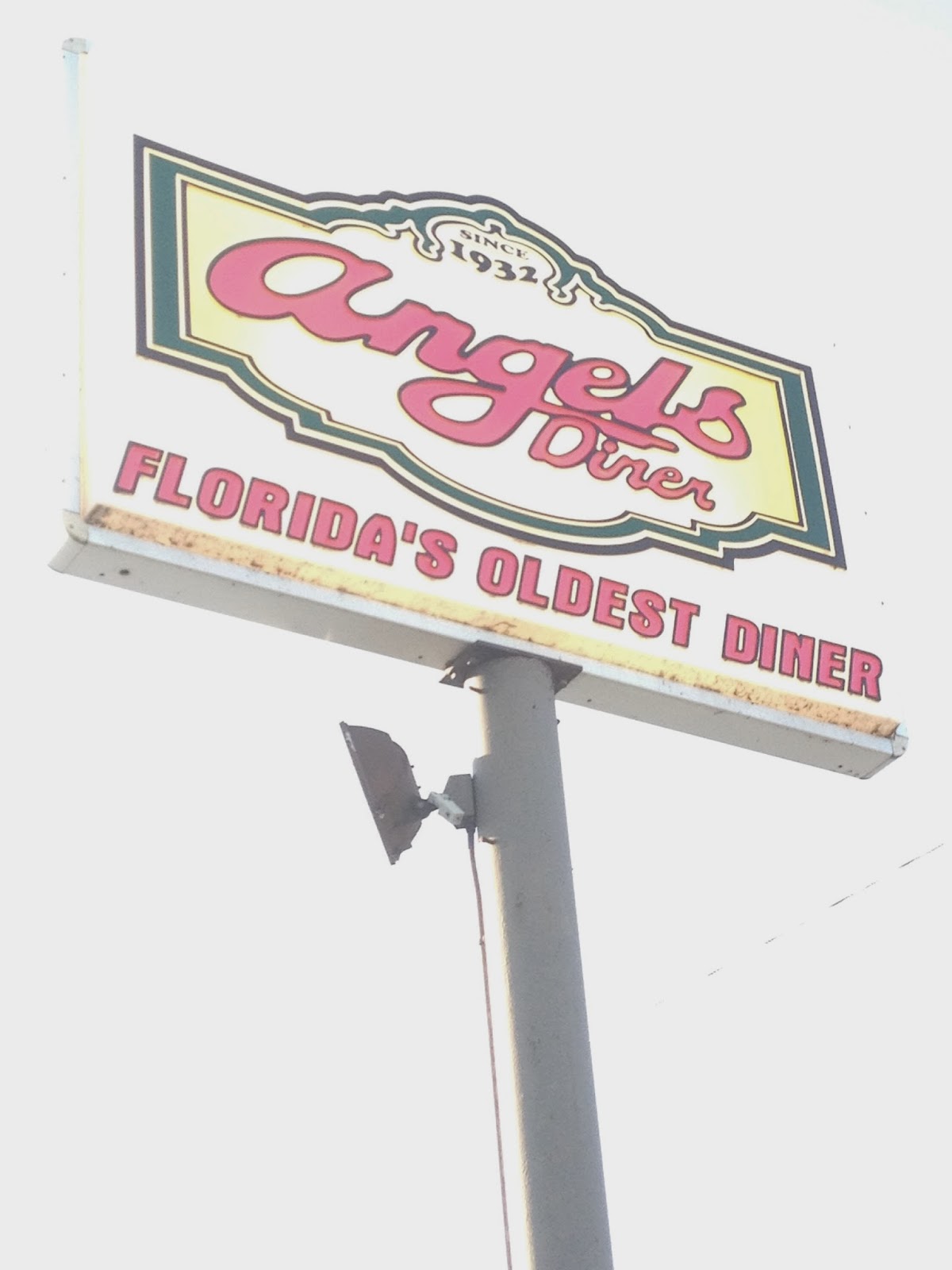 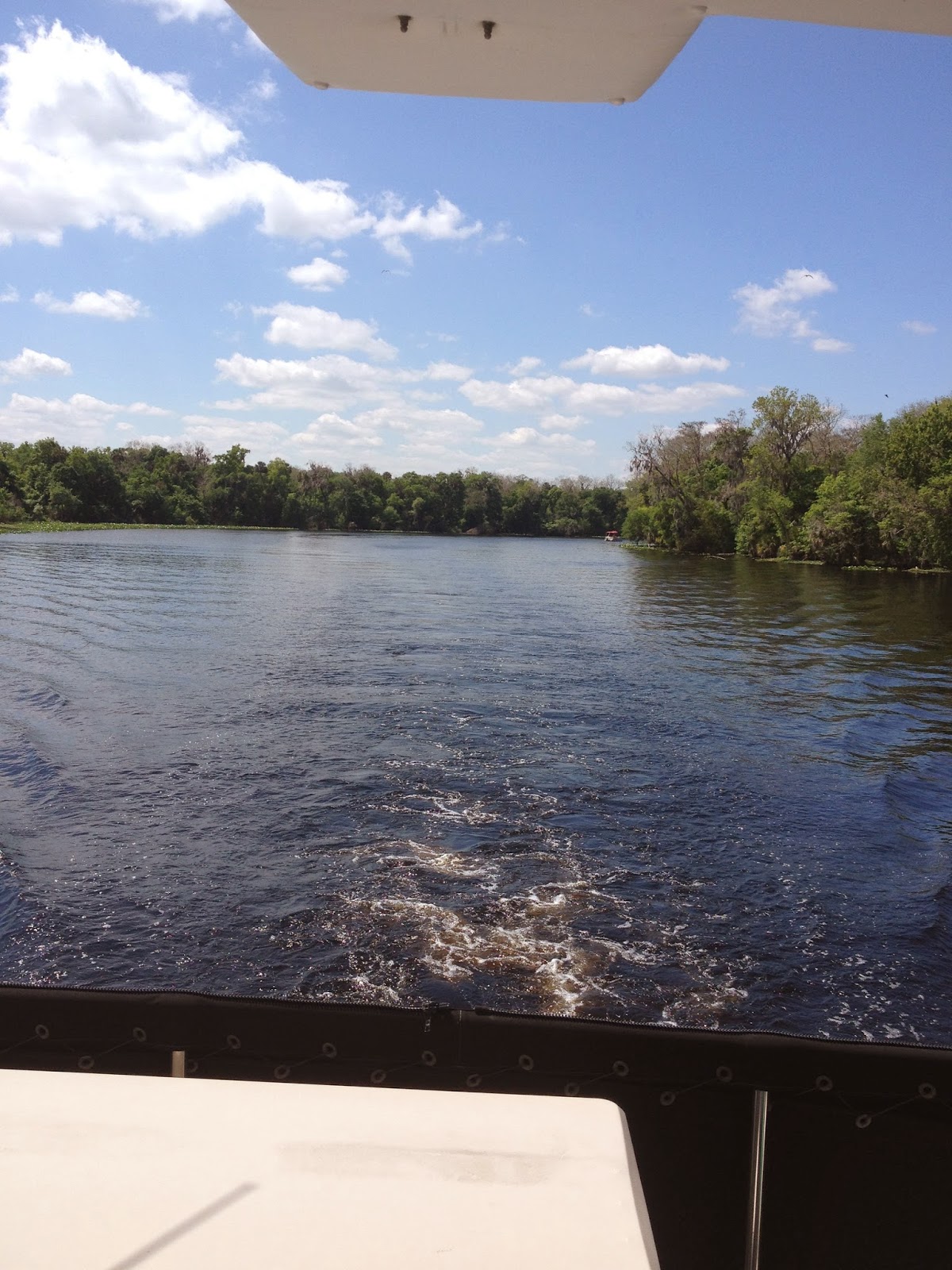 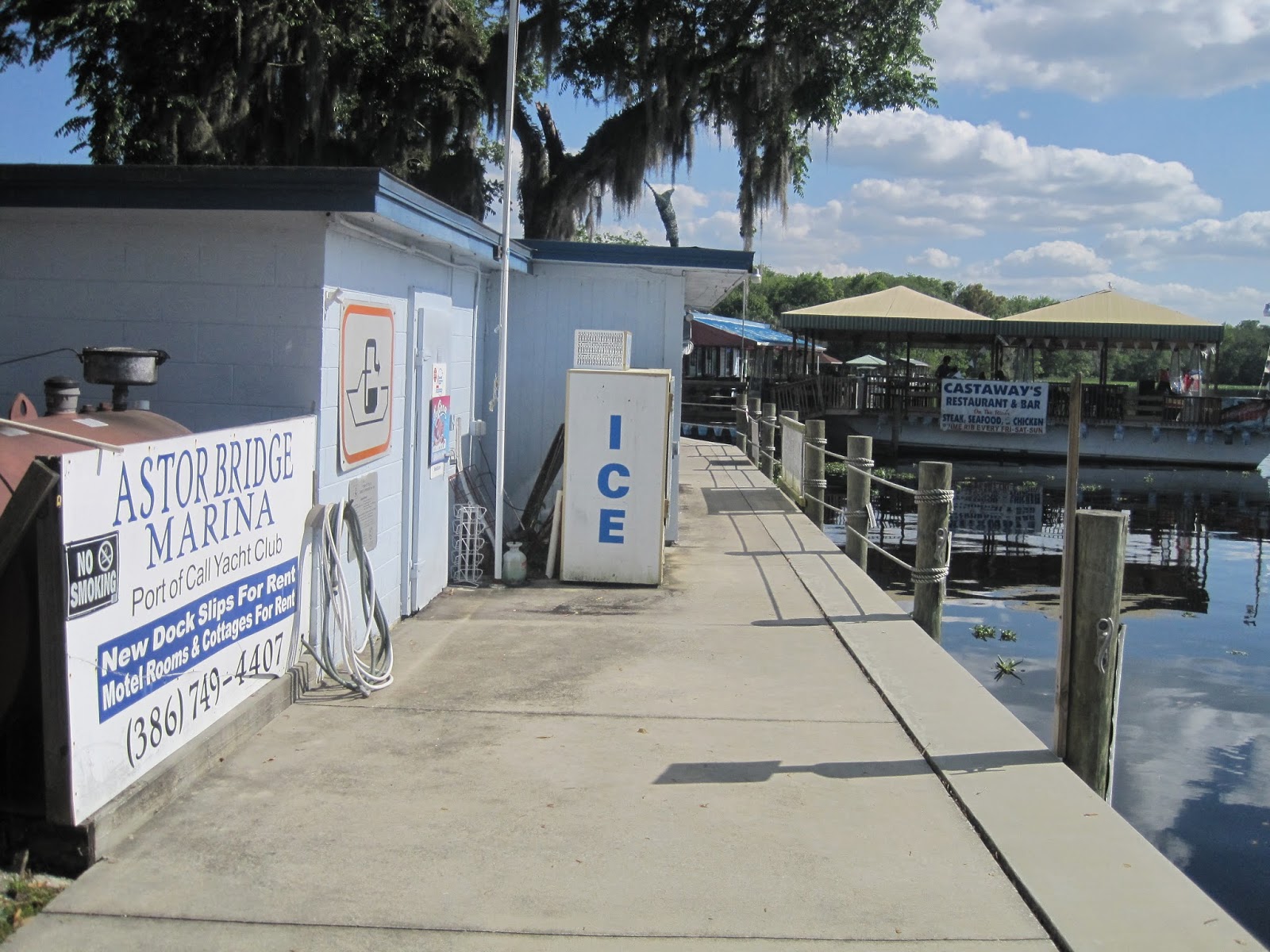 Posted by Larry Dezonia at 3:47 PM No comments:

We left at oh dark thirty with Inch 'N' Along for St. Augustine and pulled into Camachee Cove Yacht Harbor.  It was a long day and after getting cleaned up we had dinner at the restaurant here at the marina.  Next morning we left early for Jacksonville.  When we arrived in Jacksonville we went down the St. John's River about 20 miles from the entrance of the Atlantic Ocean.  The wind was blowing about 25mph and made it a rough ride through downtown Jacksonville until we finally reached Ortega Landing Marina.   Really nice marina with a pool, hot tub, free laundry, cable TV, and more.  Mike and Lois from Inch 'n' Along had some friends pick them up and took them to their house in St, Augustine for the night.  We watched their Adi cat for them while they were away. That night it rained, and rained, and rained, through the following day and into the next morning.   When Lois and Mike returned to their boat we decided to wait an extra day before leaving to go down the St. John's River. We all decided to walk over to a shopping mall that had a West Marine, Stein Mart, restaurants, and grocery store.  That night we all had my special smothered pork chops on Panacea.  The next adventure is to head South on the St. John's to Palatka, FL. Interesting thing about the St. John's is it goes South but flows North. 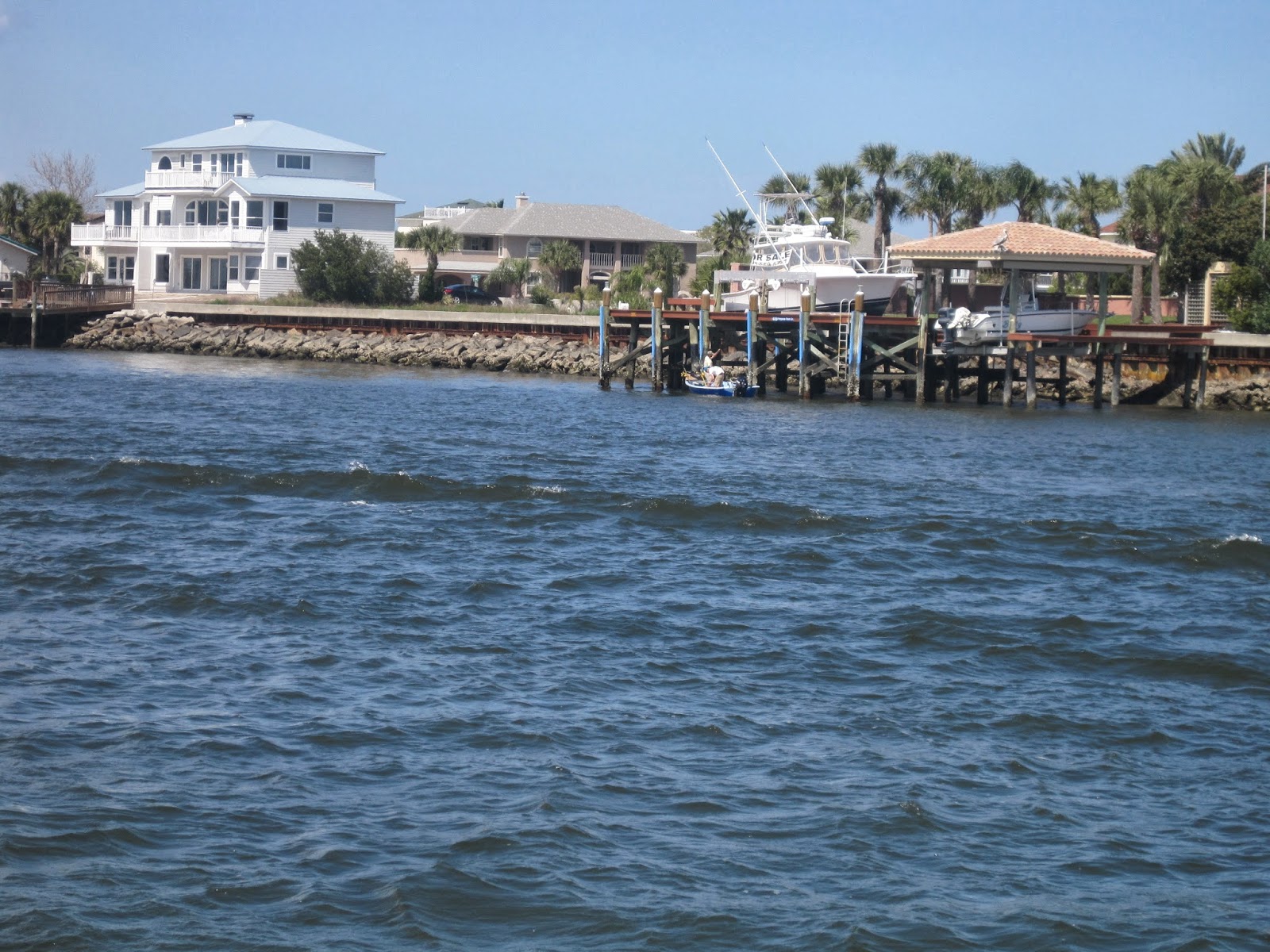 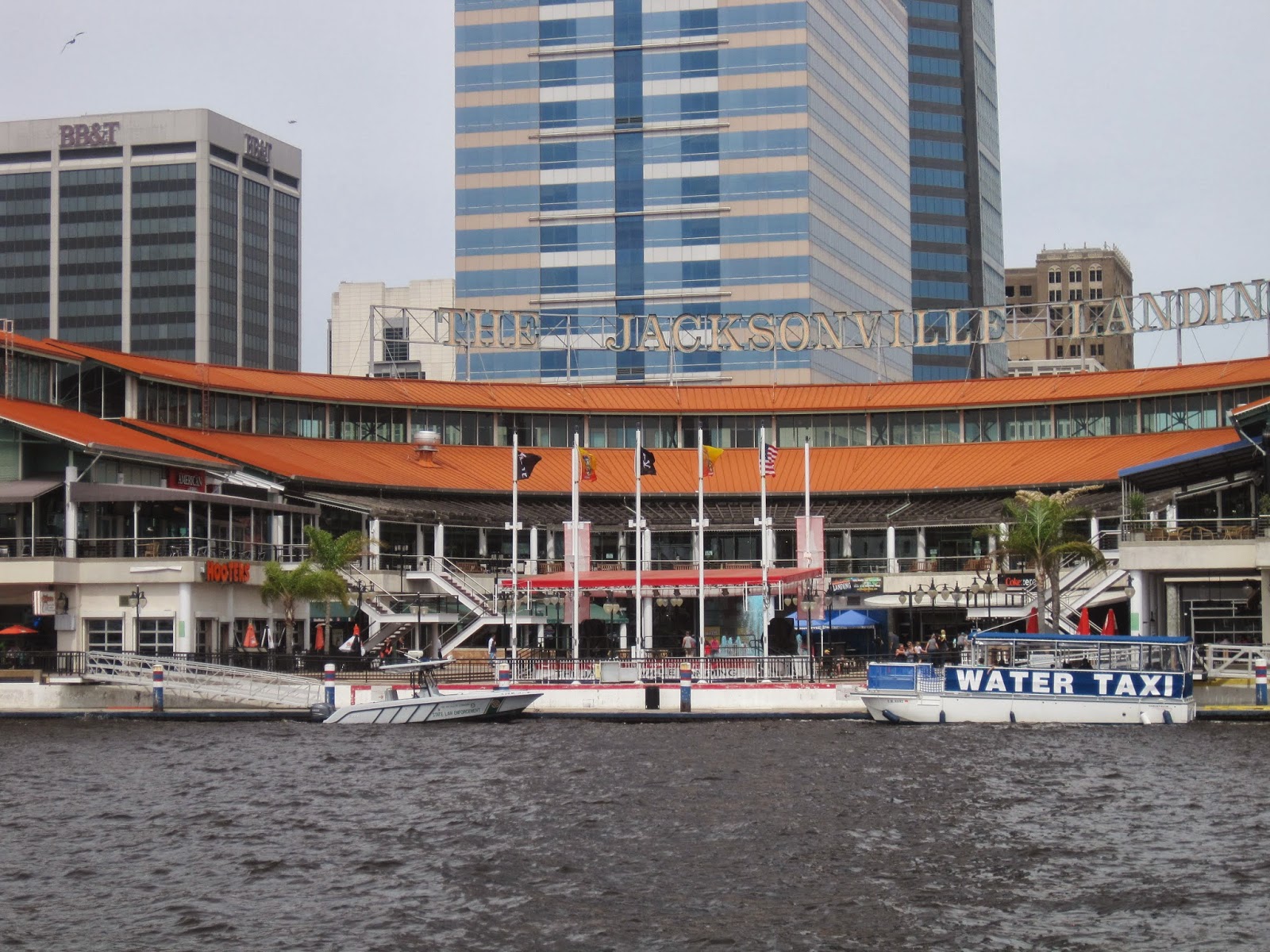 Posted by Larry Dezonia at 7:27 PM No comments: