Here we are in April, five months since we crossed our wake.  We decided to keep Panacea at the Orange Beach Marina in Alabama.  We had accepted an offer in October to sale the boat to a couple in California with the condition we complete our journey, close by the end of January, and end up in Orange Beach.  This was great for us because the renters in our house were leaving the middle of January and that would be perfect with the boat sold and moving back into our house.  We rented a car for a month to get around the area and drive back to California for the Christmas holidays to see family and friends.  We drove so we could bring Chloe back with us and not have to put her in the baggage compartment on a plane or in a kennel for a month.  We had a wonderful time back at our home town but not enough time to see everyone.  It was great watching our Grandchildren open their gifts under the tree on Christmas morning.  For New Year's we drove down to Southern California to celebrated my Dads 90th birthday.  He said he wanted to jump out of an airplane for his 90th as George H did on his, but thankfully decided not to at the last minute.  We also left Chloe with my sister and her farm of animals including fours dogs that are Chloe's buddies, while Jan and I drove back to the boat to pack up everything.  We decided to take the route that was further North so we could stop in Albuquerque to see my Cousin and Aunt and in Memphis to see one of our first boating friends we met on the loop, Mike and Lois from "Inch'in Along".  We arrived back in Orange Beach around the 10th of January.  We stayed on the boat for a month while we continued packing up things and move back home.  The new buyers had the engine surveyed, which went well and the next step was for everyone to be here for the boat survey in about a 10 days.  Couple days after the engine survey, as we were packing, the phone rings and it's our broker telling us the buyer had a heart attack, which required a stint, and no longer would be purchasing the boat.  We thought things were going to  perfect without something happening.  Murphy's Law!  We decided to head on home anyway and leave the boat in Orange Beach and hope it would sell soon.  It was really hard to walk away from her after the adventure she took us on and keeping us safe.  On the way back home we stopped in the Phoenix area and visited old friends from our pre children days, Chris and Linda.  We didn't have enough time to get caught up after some forty years.  Hope to see them again soon.

We've been back home now since February but before we moved back in we had the house painted inside and new carpet, travertine and hardwood floors installed.  It's been great back home seeing all our friends and family on a regular basis but miss not having Panacea close by. To give you all an idea of our 18 months on Panacea here are a few statistics we tracked along the way.  We traveled  a distance of 7,319.1 miles from the time we left Tower Park Marina in Lodi.  We transited a total of 152 locks, went under or had opened 600 bridges, visited 20 states and two Canadian Provinces.

We lived the dream of a lifetime and met so many friends as we completed our top bucket list journey.

Posted by Larry Dezonia at 3:36 PM No comments:

The day after we arrived in Mobile our good friends Mike and Debbie flew into New Orleans, rented a car and came to spend some time with us on the boat including crossing our wake.  The plan was to stay here in Mobile until the 14th and head down to South Mobile Bay and turn left back into the ICW and stop at Lu-Lu's for Jan's birthday party and crossing our wake.  However, the weather had another idea so we were forced to leave early.  We left on the 12th of Nov. and had a great ride through the bay.  We decided to go to "The Wharf" and then take the boat to Lu-Lu's on the 14th.   The Wharf is only about 3 miles past Lu-Lu's.  We crossed our wake at channel marker 124 heading into the ICW.  This is where we intersect when we crossed through Mobile Bay last January and coming down the bay from the North at Mobile.  We finished our adventure of America's Great Loop.  We had many emotions as we finished what started from our home port of Lodi, CA in August of last year, taking Panacea down the Pacific Coast to San Diego, loading her on a truck to Seabrook, TX and starting the journey of our life.  Our next blog will be a summary of our adventure with some stats and some of our favorite memories.

After the weather improved we left Columbus Marina on 11/3 and traveled about 30 miles to Pirates Cove Marina in Pickensville, AL. and the next day 40 miles to an anchorage in Gainesville, AL.  We always try to anchor in a dog friendly environment for Chloe.  The next day after taking Chloe for a pump out we headed to Demopolis for a two day rest before the four day trip to Mobile.  There were several loopers there with the same idea.  The marina had a courtesy car so several of us went out to dinner.  When we left Demopolis on 11/7 arrangements were made with the lock, that was about two miles down the river, so we could get through without delay.  Turned out eleven boats left at 6:15 to lock thru.  This was our LAST LOCK we would have to go through on the loop!!!   We along with three other boats anchored for the night before heading to Bobby's Fish Camp, the only place to tie up with power in the four day trip.  We arrived on the 8th at Bobby's which only has a dock for about four boats to tie up and everyone else side ties to those boats.  We had a total of six boats.  We also had a crossing the wake party for Attitude Changer (Barb and Ross) who officially went to Bobby's from Mobile for their sea trail a year earlier.  We left the fish camp on 11/9 and headed to another anchorage about 80 miles.  It was a very nice place but I had to take Chloe about a mile and a half for her pump out.  We left next morning after the fog lifted for our final day on the Tombigbee and all the rivers and locks we have been on since leaving Chicago.  We arrived at Dog River Marina in Mobile on 11/10 and celebrated our accomplishment.  By-the-way, we went through 152 locks since leaving Texas.

Heading South on the Tombigbee

On Thursday, 10/30/14 we left Aqua Marina in Iuka, MS and entered the Tenn-Tom River. A large portion of the Tenn-Tom is man made and and was completed in 1985 and flows from the Tennessee River to Mobile, Alabama.  The journey down the Tenn-Tom-Tom is 450 miles and has 11 locks.  Our first stop was Midway Marina in Fulton, MS traveling 56 miles and going through three locks. Because of a late start due to heavy fog and a delay in the 3rd lock for Tow traffic, we did not arrive in Fulton until 6 pm.
The next day we were delayed by fog again and had another late start.  We went 36 miles and through 3 locks to Aberdeen Marina in Aberdeen, MS.  A cold front came through and it was extremely windy when we docked at the marina.  We somehow ended up with a unplanned Halloween party on our boat.  That night the temperature got below freezing.
On Saturday, 11/1, we left for Columbus Marina in Columbus, MS.  It was a short run - only 23 miles but very windy and cold.  We decided to bundle up and stay two nights to wait for it to warm up. 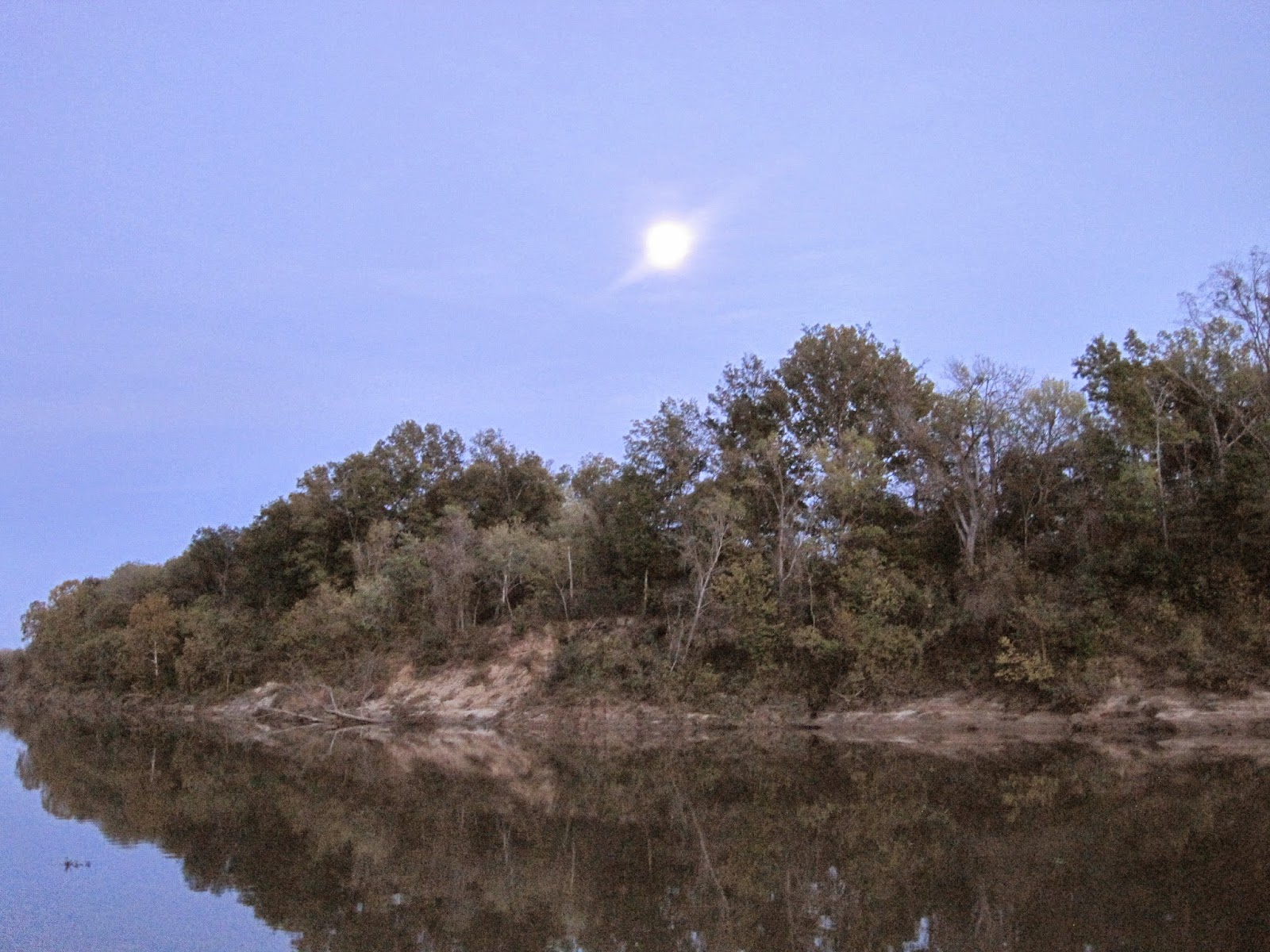 Posted by Larry Dezonia at 1:00 PM No comments:

On 10/17/14 We left Joe Wheeler State Park and decided to take a side trip with Attitude Changer (Barb and Ross) and continue up the Tennessee River to Chattanooga.  It's two hundred miles up and took four days.  Our stops were Ditto Marina in Huntsville, Goose Pond Marina in Scottsboro, AL,  a free dock at the Shellmound Recreation Area and we went through two locks.  Another reason we wanted to go up the Tennessee River is the changing of the fall colors of the foliage.  We made it to Chattanooga with no problems and picked up the rental car as soon as we arrived.  We had tickets to visit the Grand Ole Opry on Tuesday, 10/21/14.  Early next morning we all left and after arriving in Nashville we dropped Chloe off at Dog Topia.  We don't like to leave her, but made sure it was a top quality facility.  We were even able to watch her on a webcam during her play time with the other dogs.  We stayed for a while to make sure she would be okay and then we all went downtown to check out Nashville.  If you want a pair of cowboy boots or need a place to eat or drink, this is the place for you.   We went to the Wild Horse Saloon and ordered lunch and took some good pictures of the horses.  We then checked into our hotel and got ready for our night at the Grand ole Opry.   We saw several groups including Del Rio, Lee Greenwood, and Keith Urban.  What a fantastic show! Next day we picked up Chloe, who was really happy to see us, and headed back to our boats with a side trip to the Jack Daniels Distillery.  The history of this place is really interesting. A couple of interesting fact is the county the distillery is located is a dry county.  You can not buy alcohol anywhere except the distillery!  The town of Lynchburg has a population of 400 and Jack Daniels employs 300.  Next day Jan and I went into the town of Chattanooga and walked to the Chattanooga Choo Choo.  I'm sure everyone over sixty has heard that expression.  At one time it was a train terminal that most trains traveling south went through Chattanooga.  Now the train terminal is the hotel lobby and most of the rooms are half of a rail car they turned into a room.  We found the city of Chattanooga was full of restaurants and a lot of things to see and do.  The next day we headed back to Aqua Yacht Harbor in reverse order of our previous blogs. 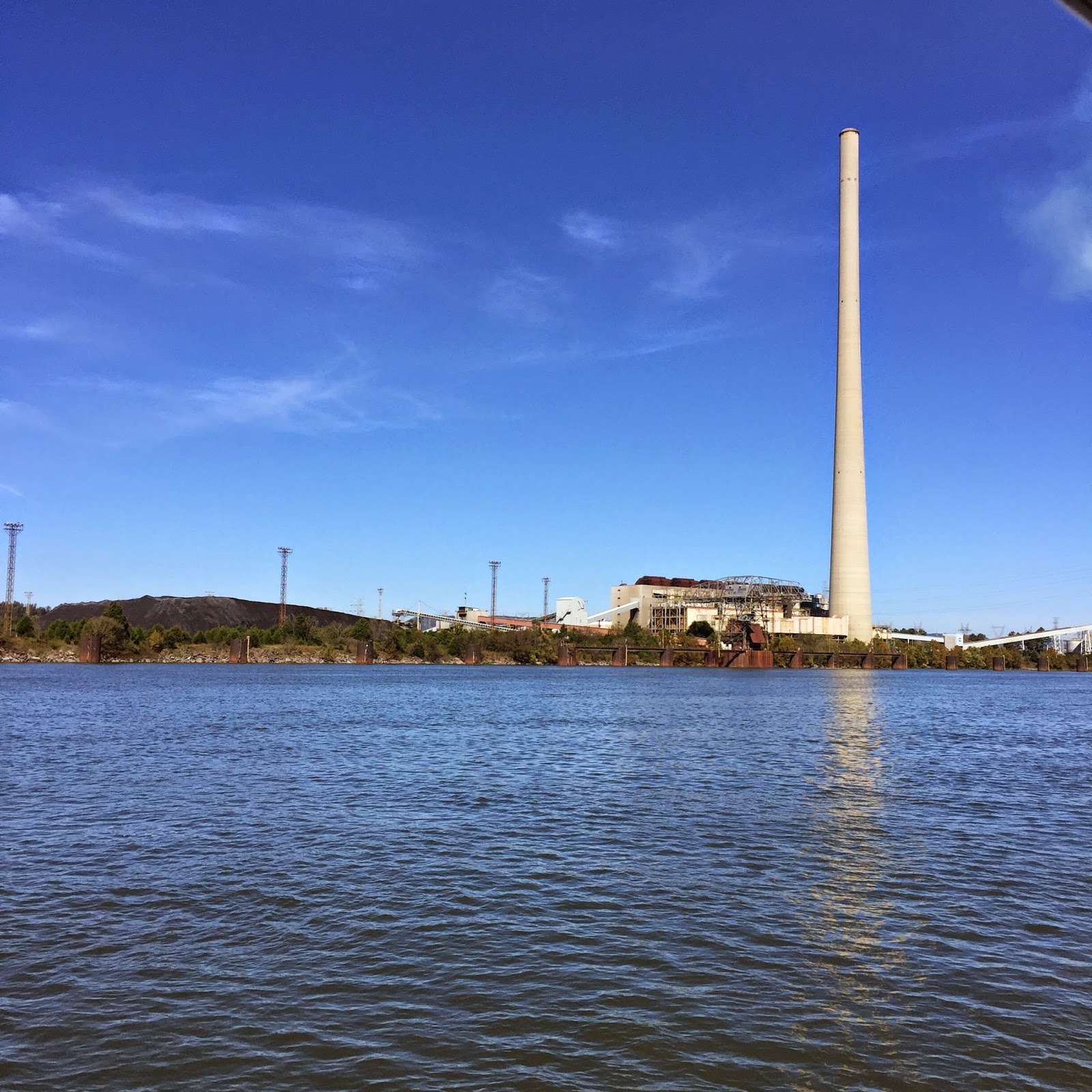 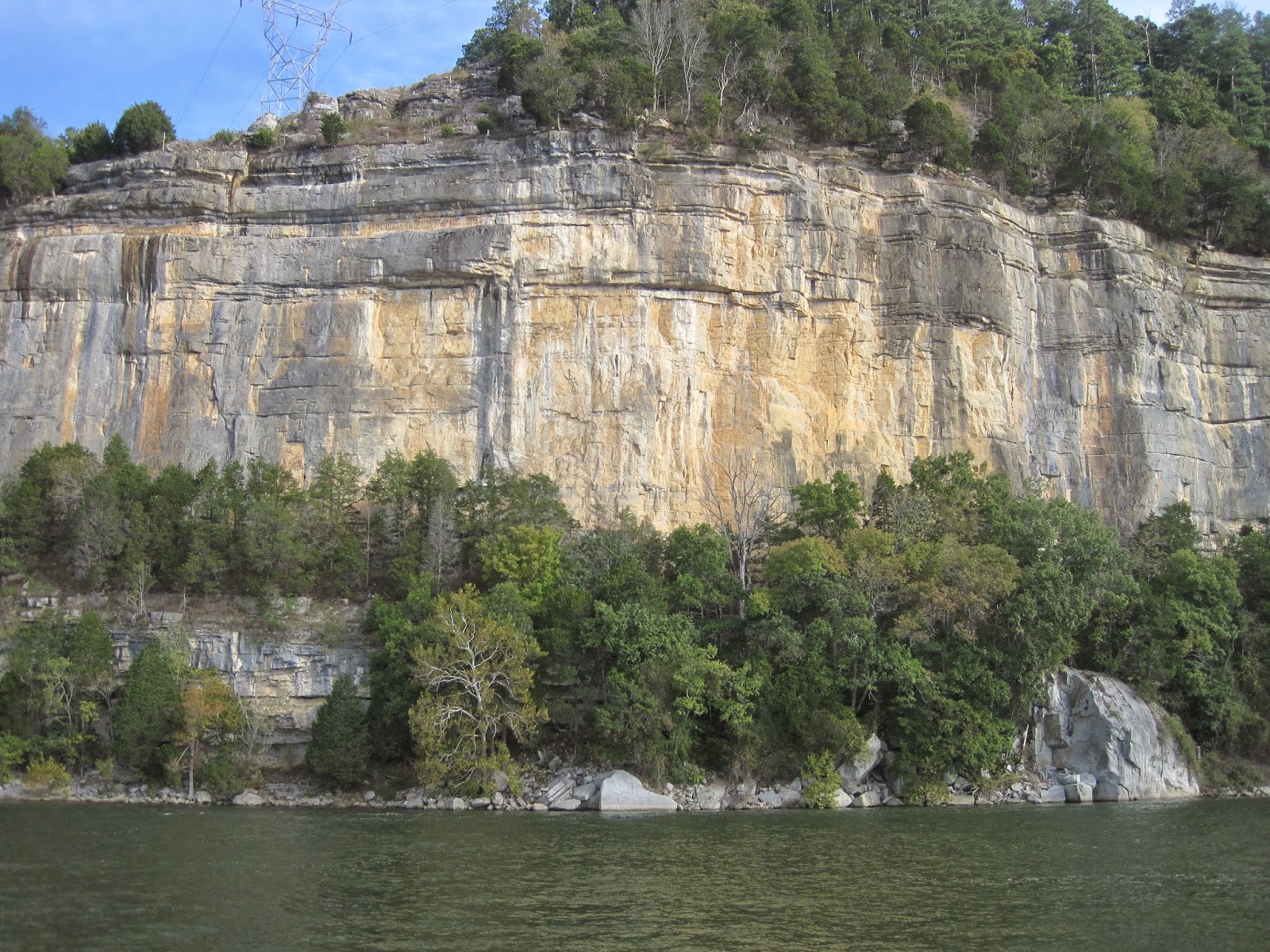 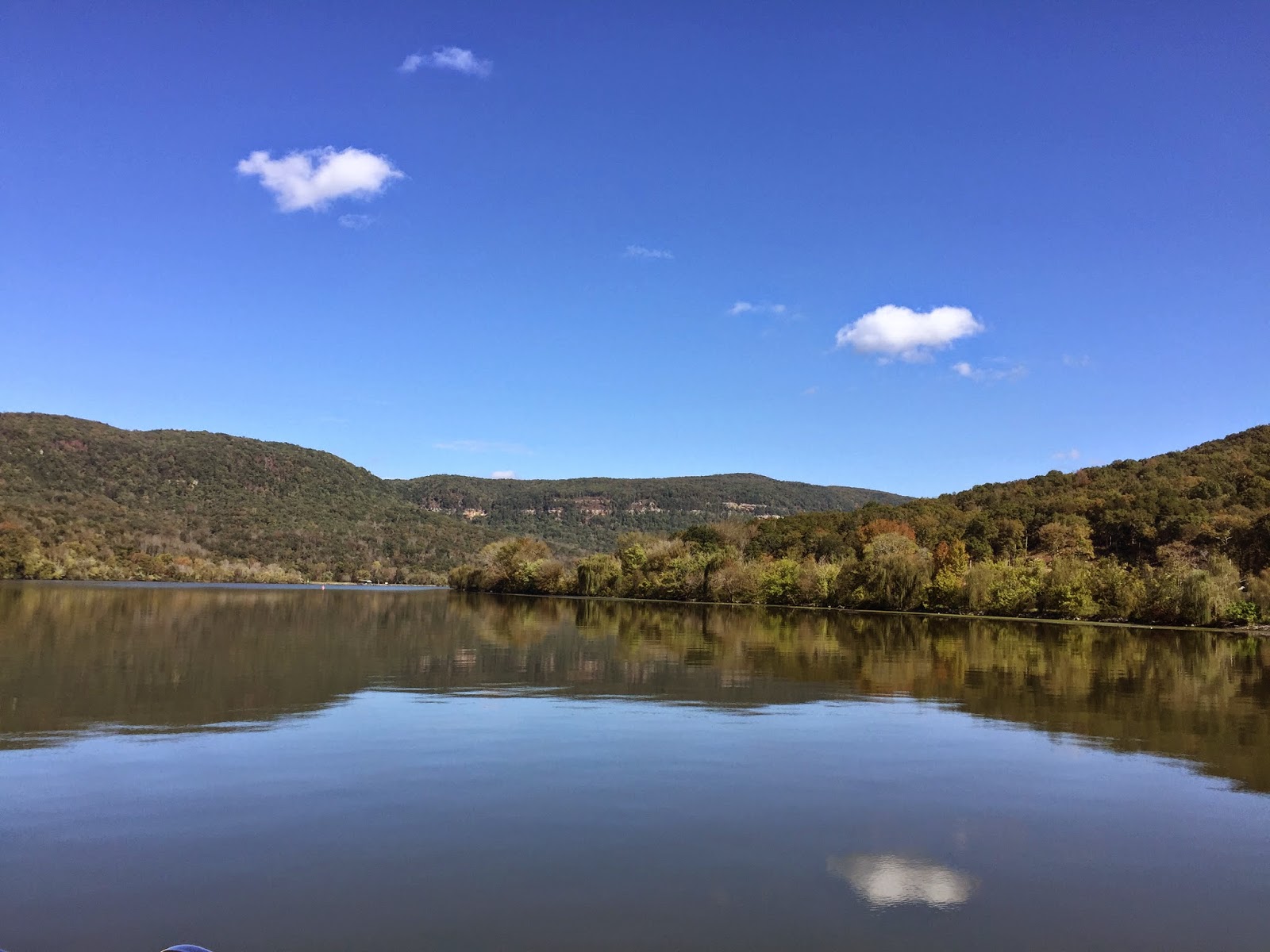 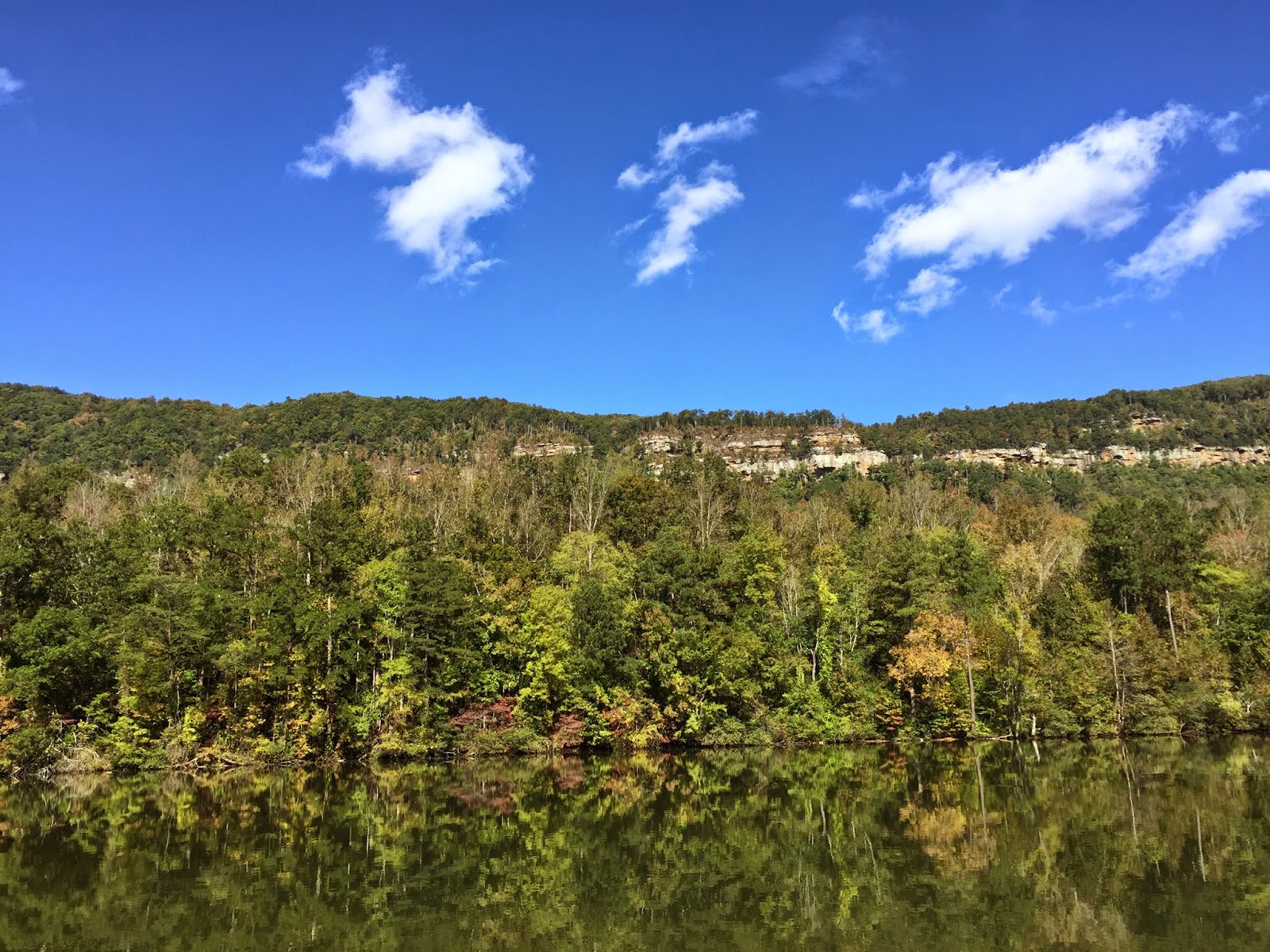 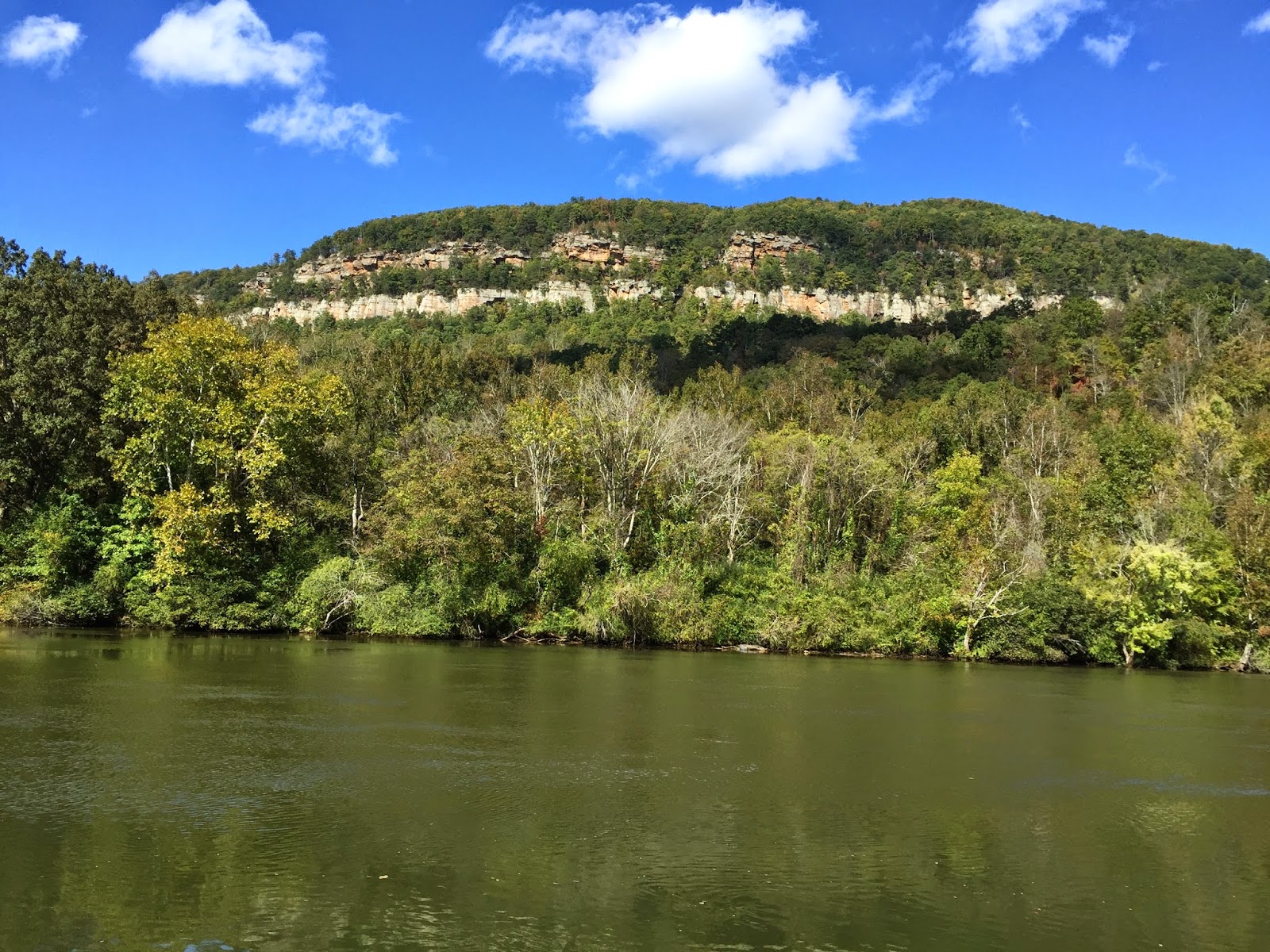 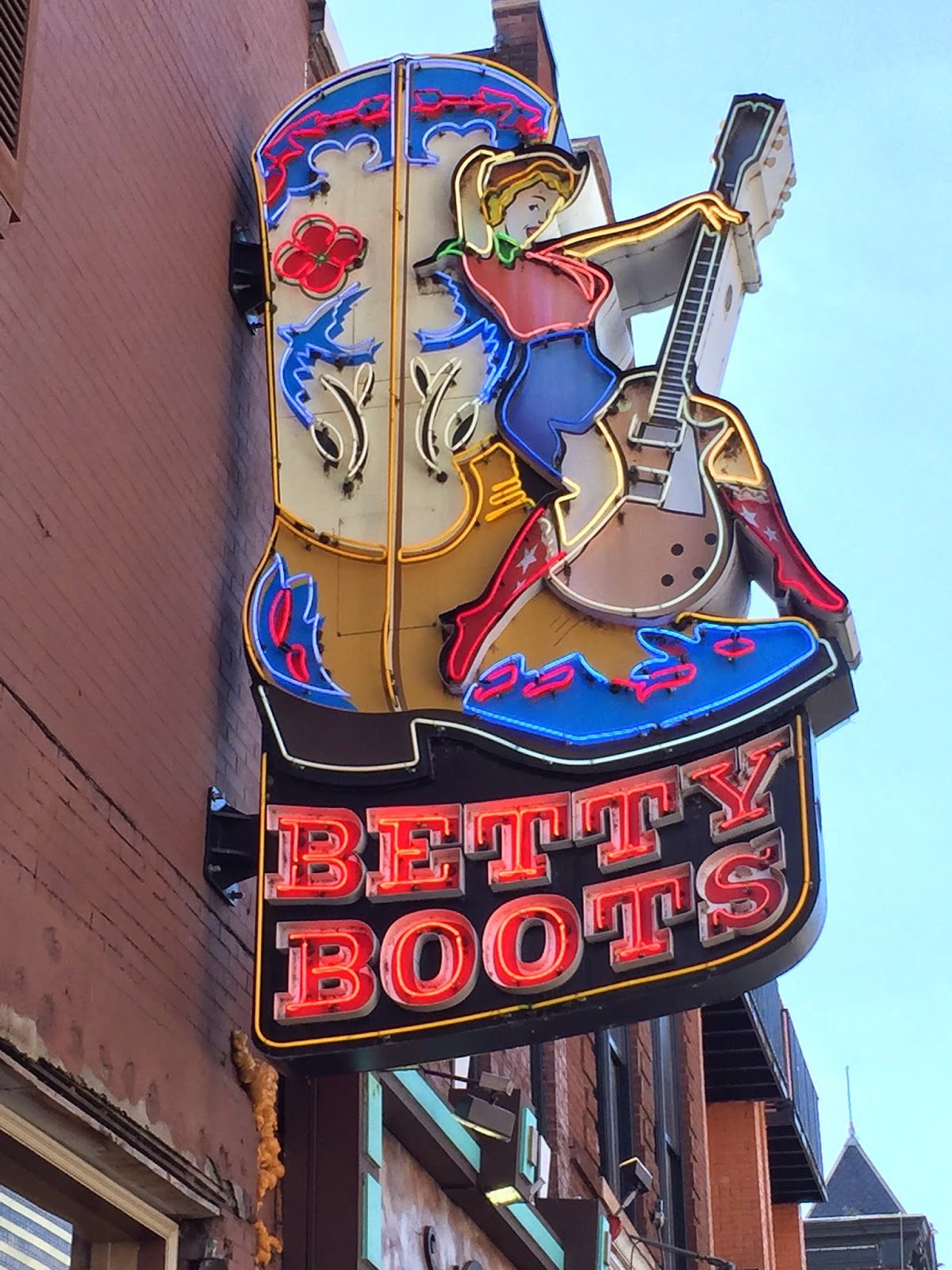 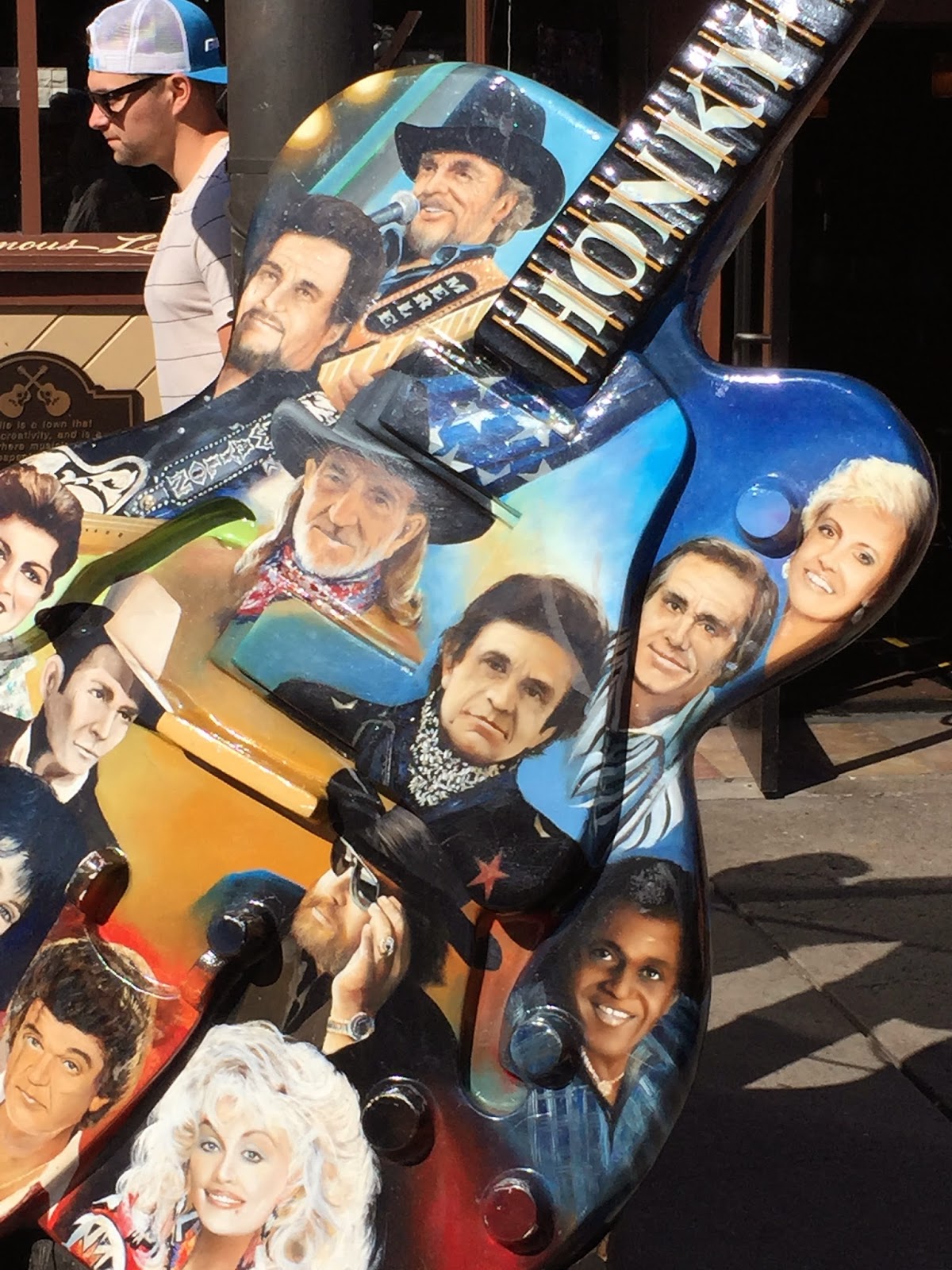 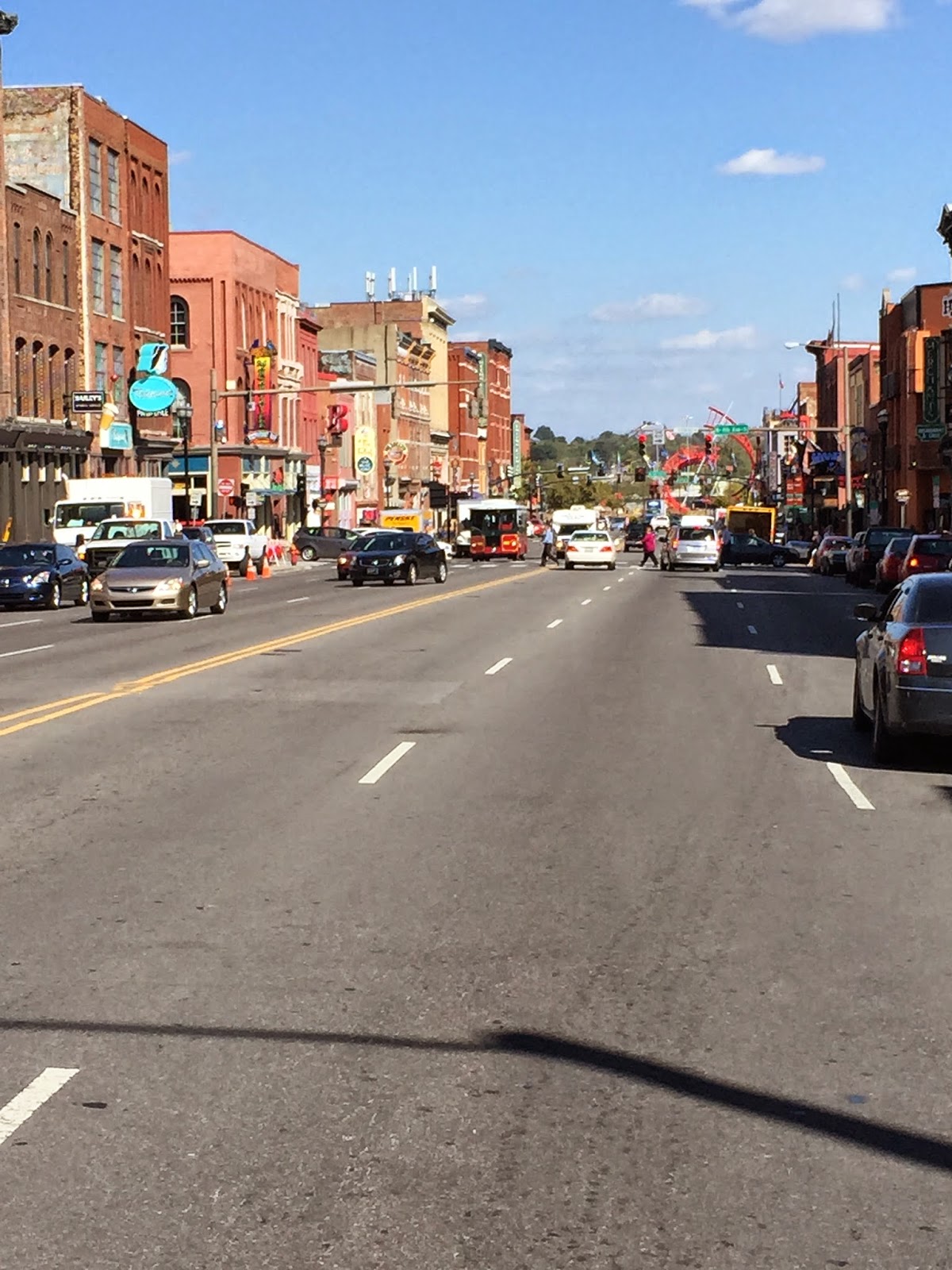 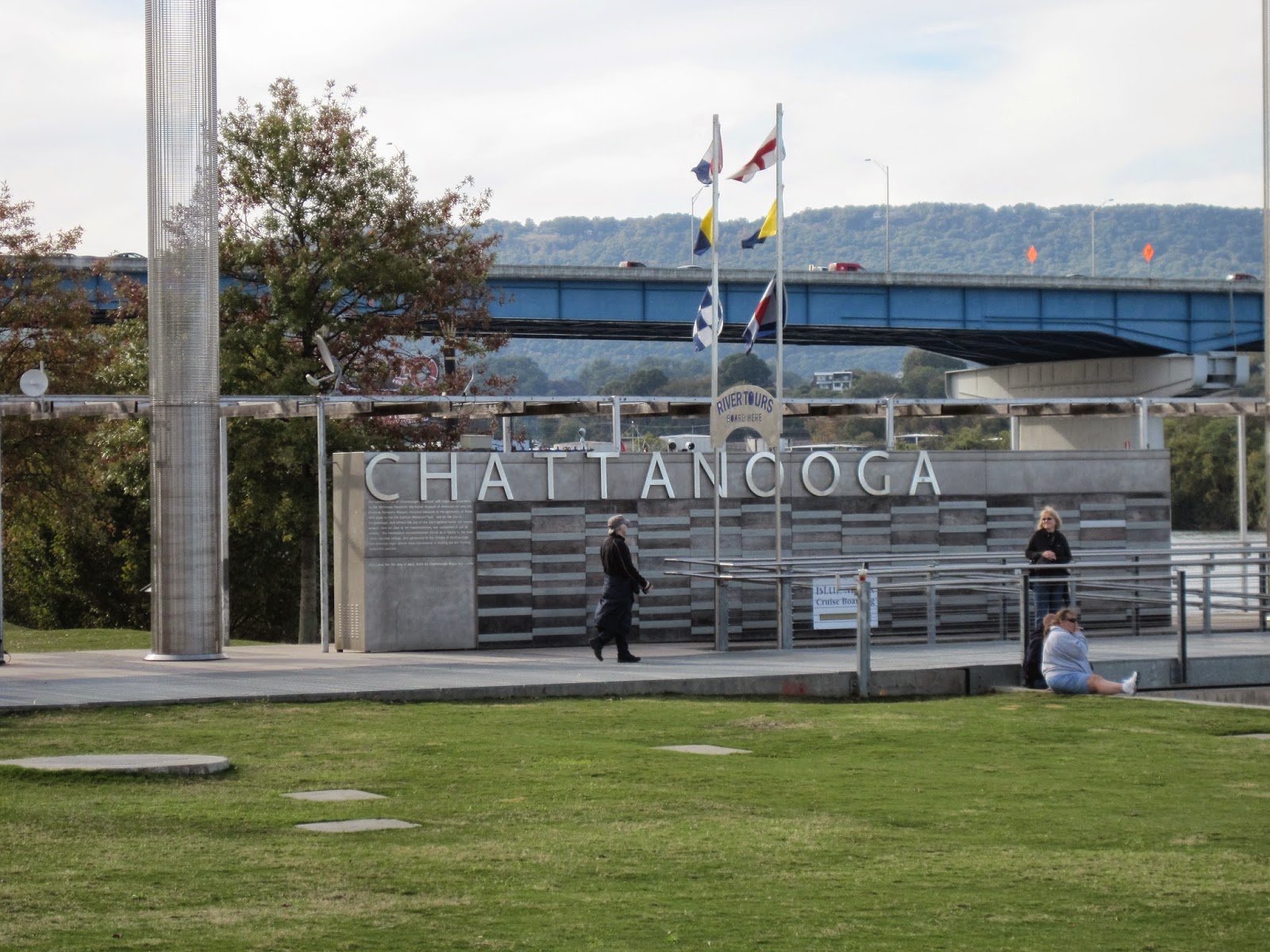 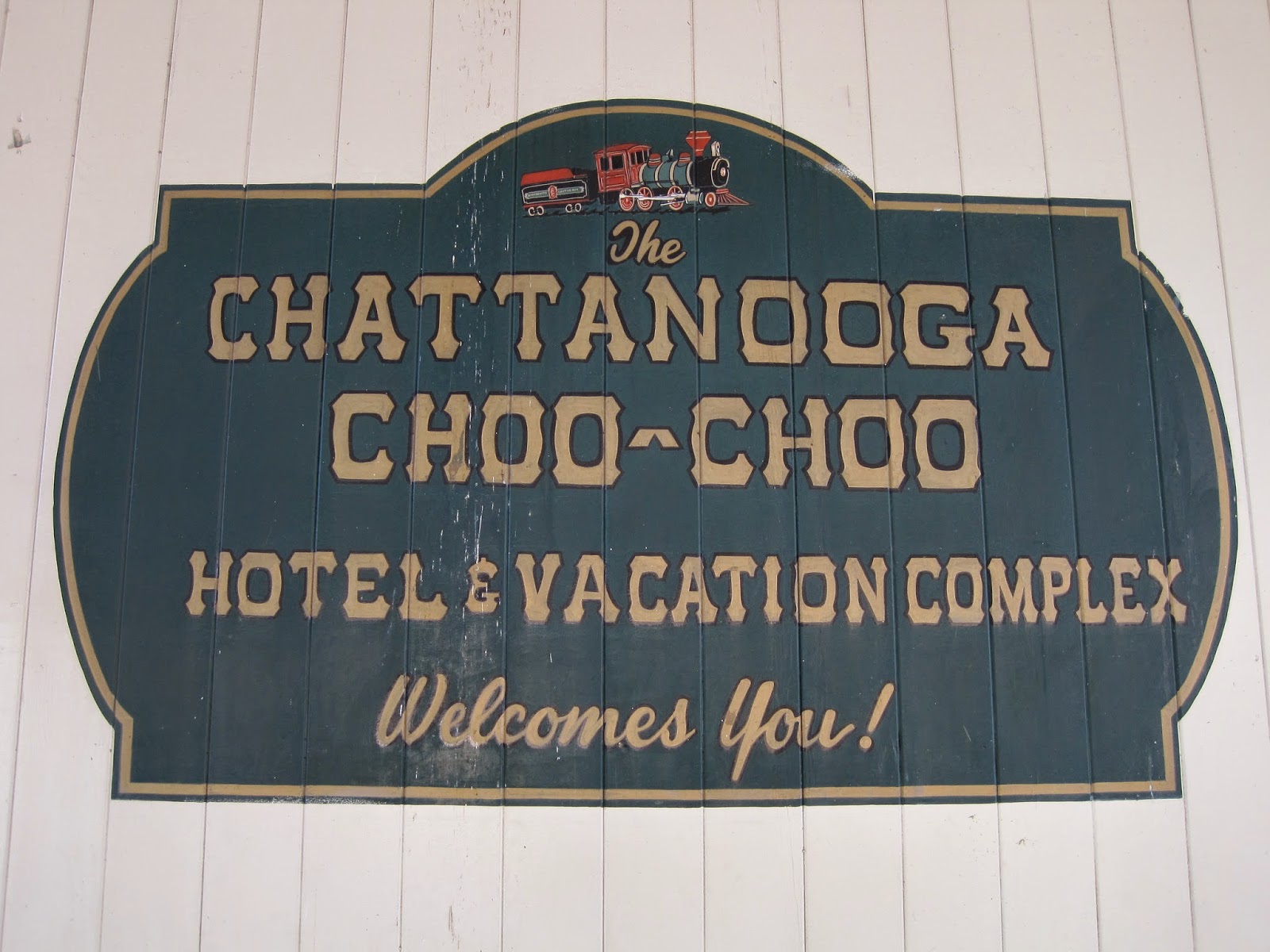 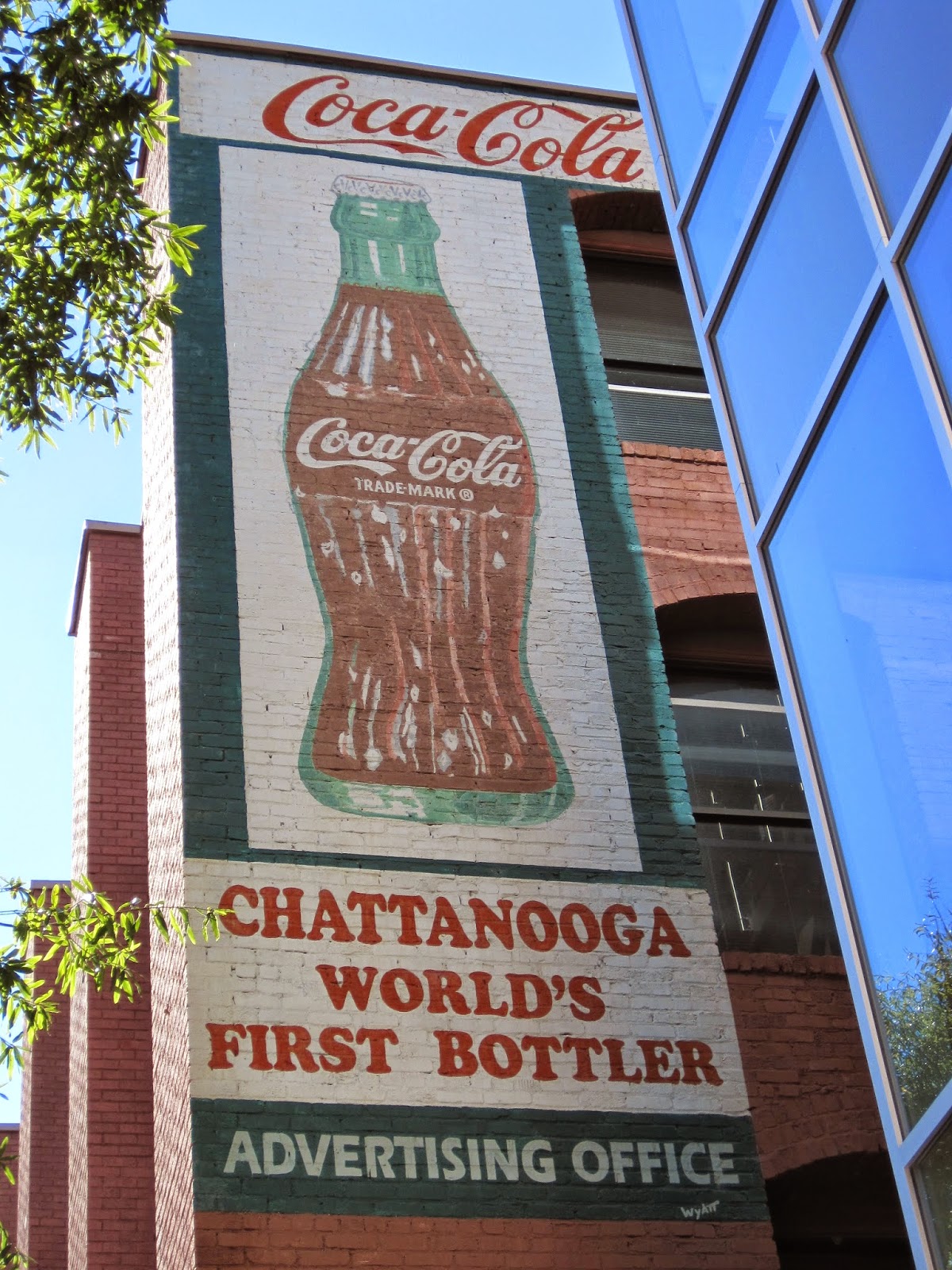 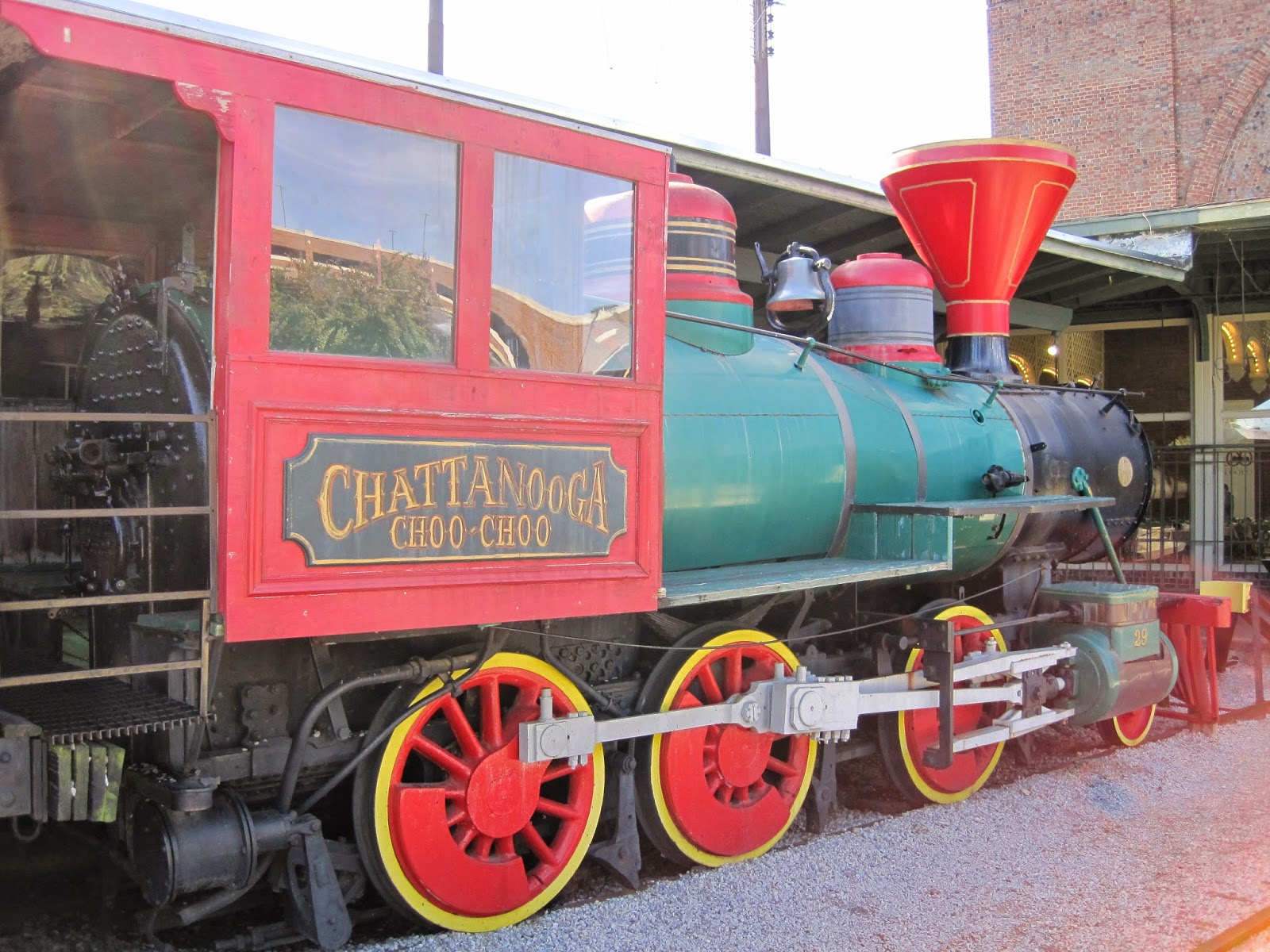 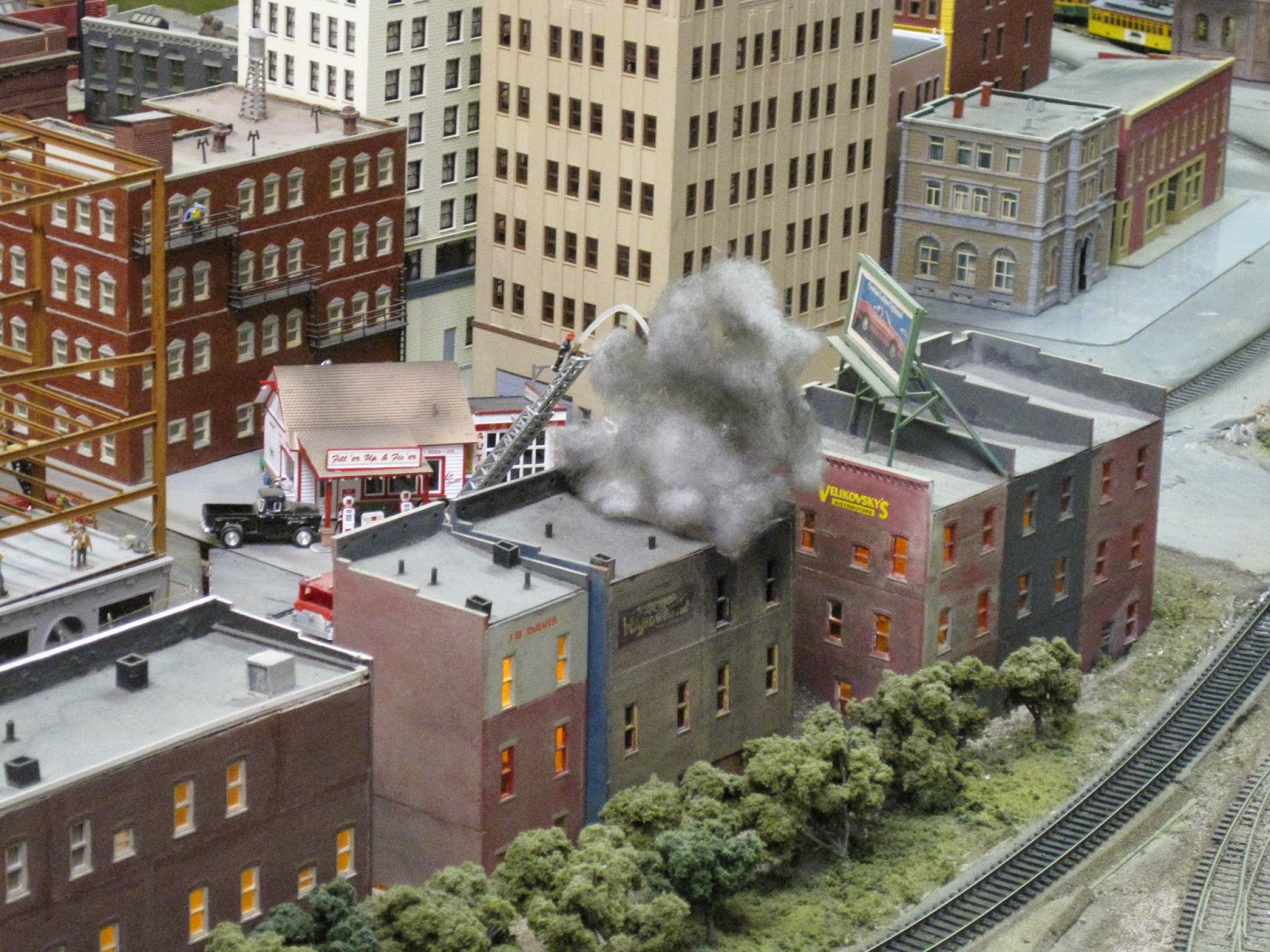 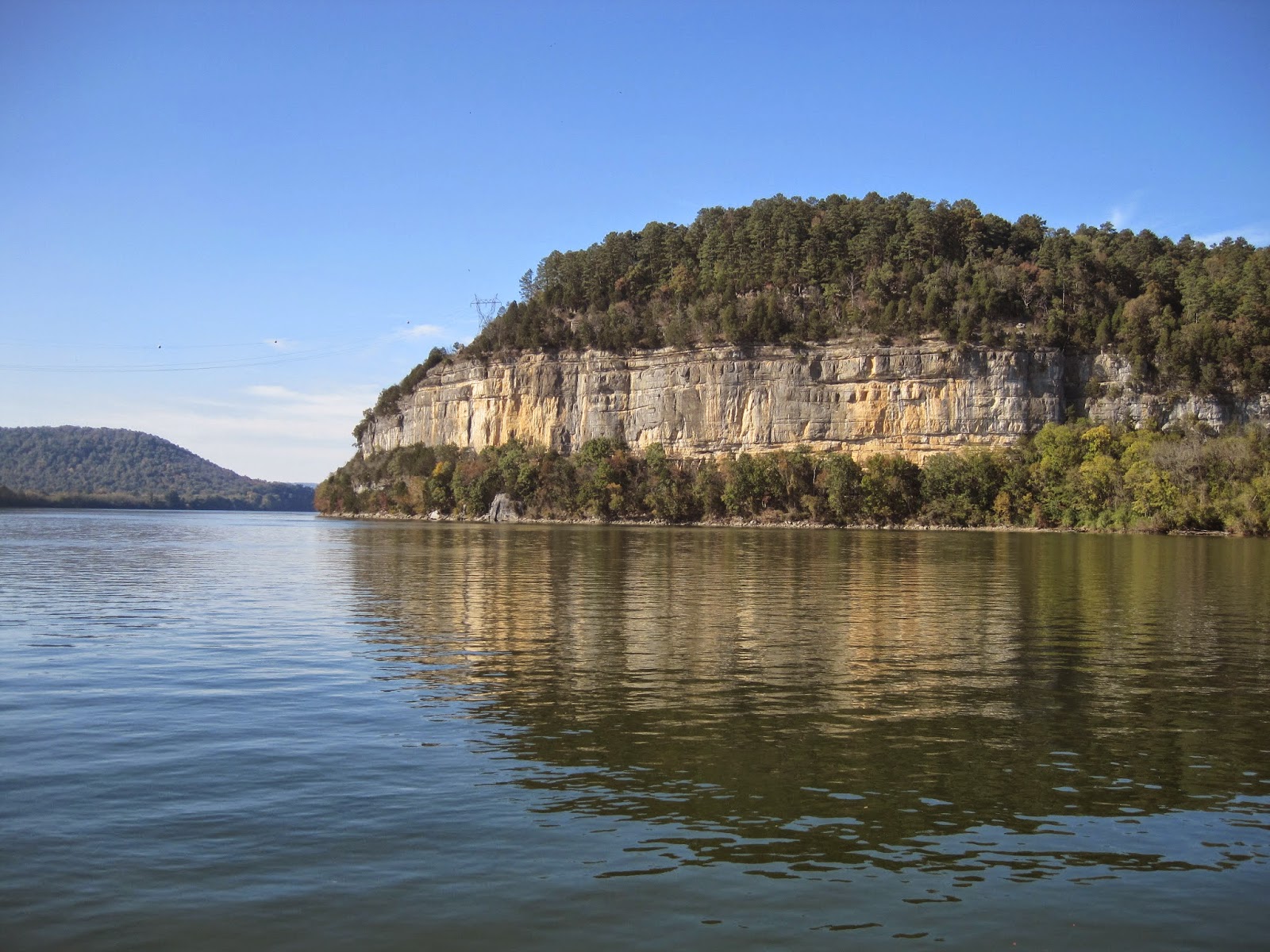