Time at "The Wharf" and Trip to Pensacola

We left Lu-Lu's on Sunday and only had to go some three miles to The Wharf Marina.  Since it was Sunday and a 49er playoff day against Green Bay I had to wear my 49er jersey to show my support.  When we arrived at The Wharf I walked up to the office to check in and as soon as I opened the door there greeting me was a Green Bay fan in his Green Bay wardrobe.  This is where we met Jeff and his wife Beth who have a sailboat here and were in the process of moving it to a boat yard to have it hauled, bottom painted and transported to her new home near Connecticut.  Even though we had differences in football teams we quickly became friends.  Sorry we won Jeff.  We stayed here until today because a very cold front was coming in and temperatures were going to be a  low of 17 degrees with a wind chill of 9 degrees for at least a couple of days.  If there is a good thing, it's that we were at a place that had restaurants, shopping, and a 15 screen movie theater.  I went and saw The Hobbit while Jan went to the hair salon.  I think I got the better deal because the movie was great, and Jan didn't like her hair cut.  Can't wait for part three.  Jeff and Beth came over on Monday and asked if I would like to help him take his boat to Pensacola and Beth would take Jan shopping.  Can't pass that up.  We were off around 10am on Wednesday and motored his sailboat all the way to Pensacola.  They have a 28 foot Catalina Mark II sailboat and besides getting an idea of our trip we were going to take the next day, we saw tons of dolphins, and the Blue Angels practicing over Pensacola.   It was a beautiful sunny day but still cold.  Beth and Jan came to pick us up in the early evening and took us to Tacky Jacks for dinner.  They had a five person band called the "Bar Stool Surfers" that played kind-of-a blues / Tom Petty style music.  They drove us back to our boat and we said our goodbyes.  Maybe we will be able to see them again when we get up to North New York.  We untied and were off by 10:00 am and arrived at the Palafox Pier Marina in downtown Pensacola.  The marina is located right at the end of the old downtown area and after we had lunch we took Chloe for a walk downtown.  We will be leaving tomorrow for Sandestin, FL.  Oh, we're in Florida!!!!!! 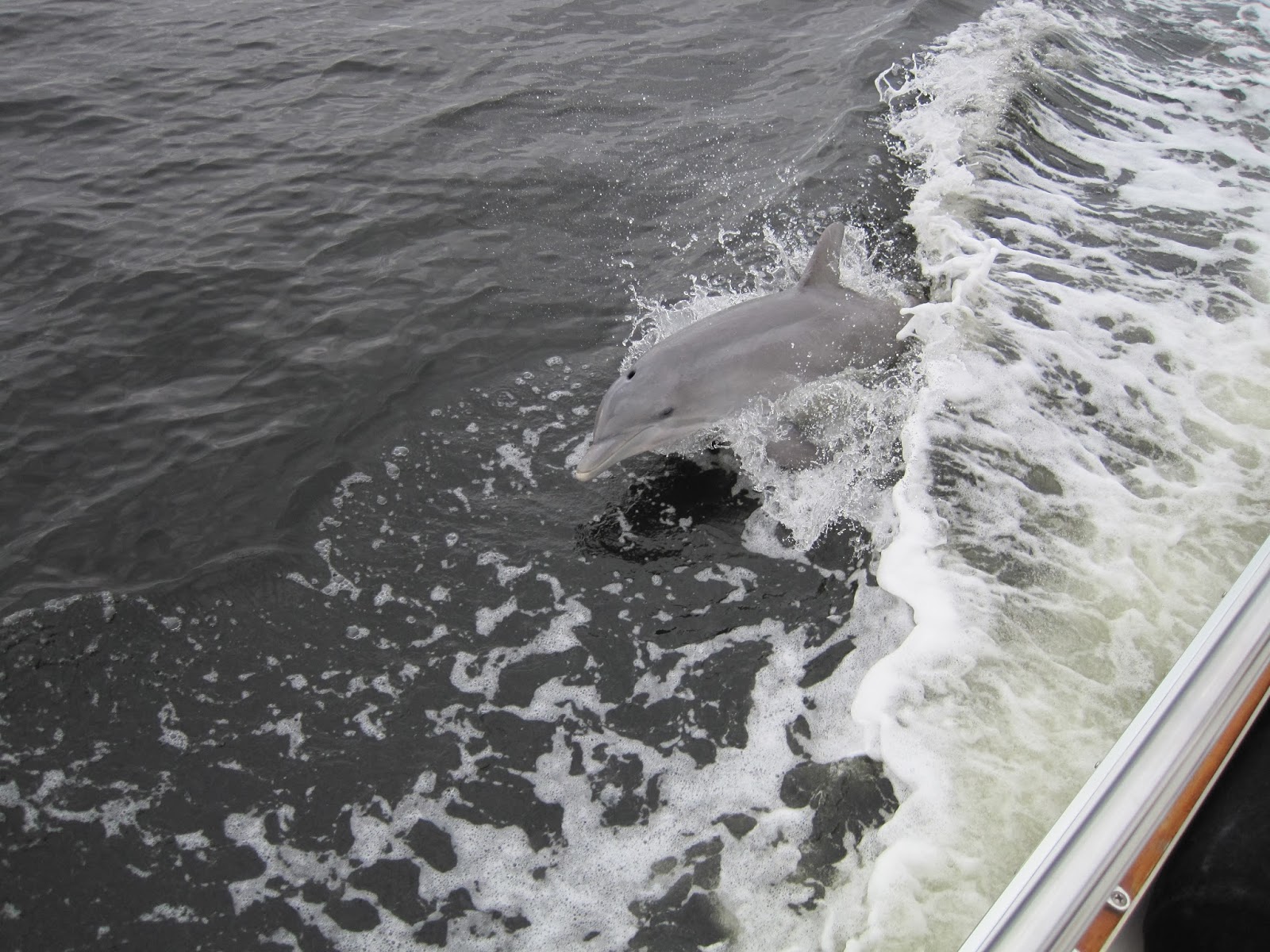 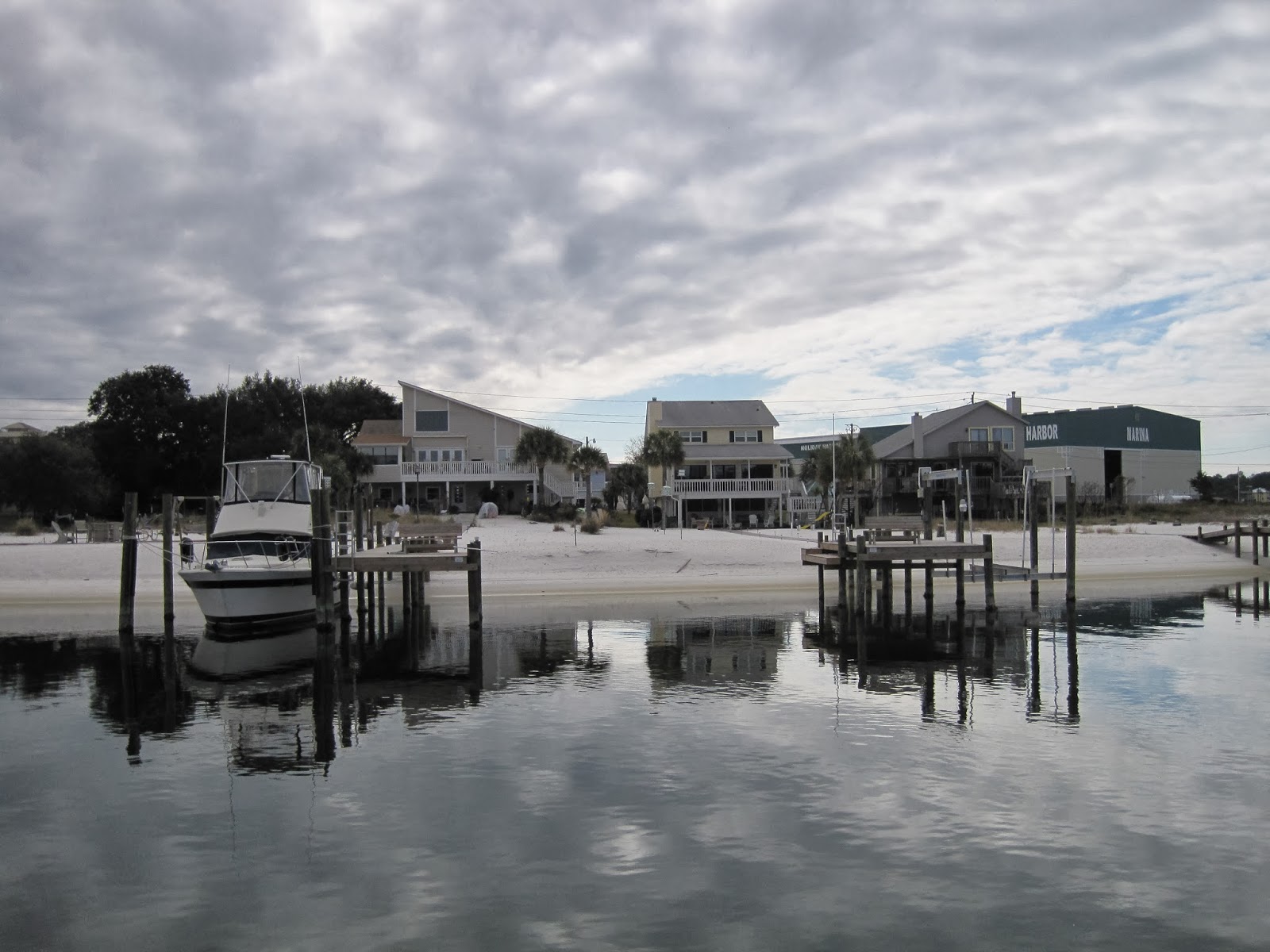 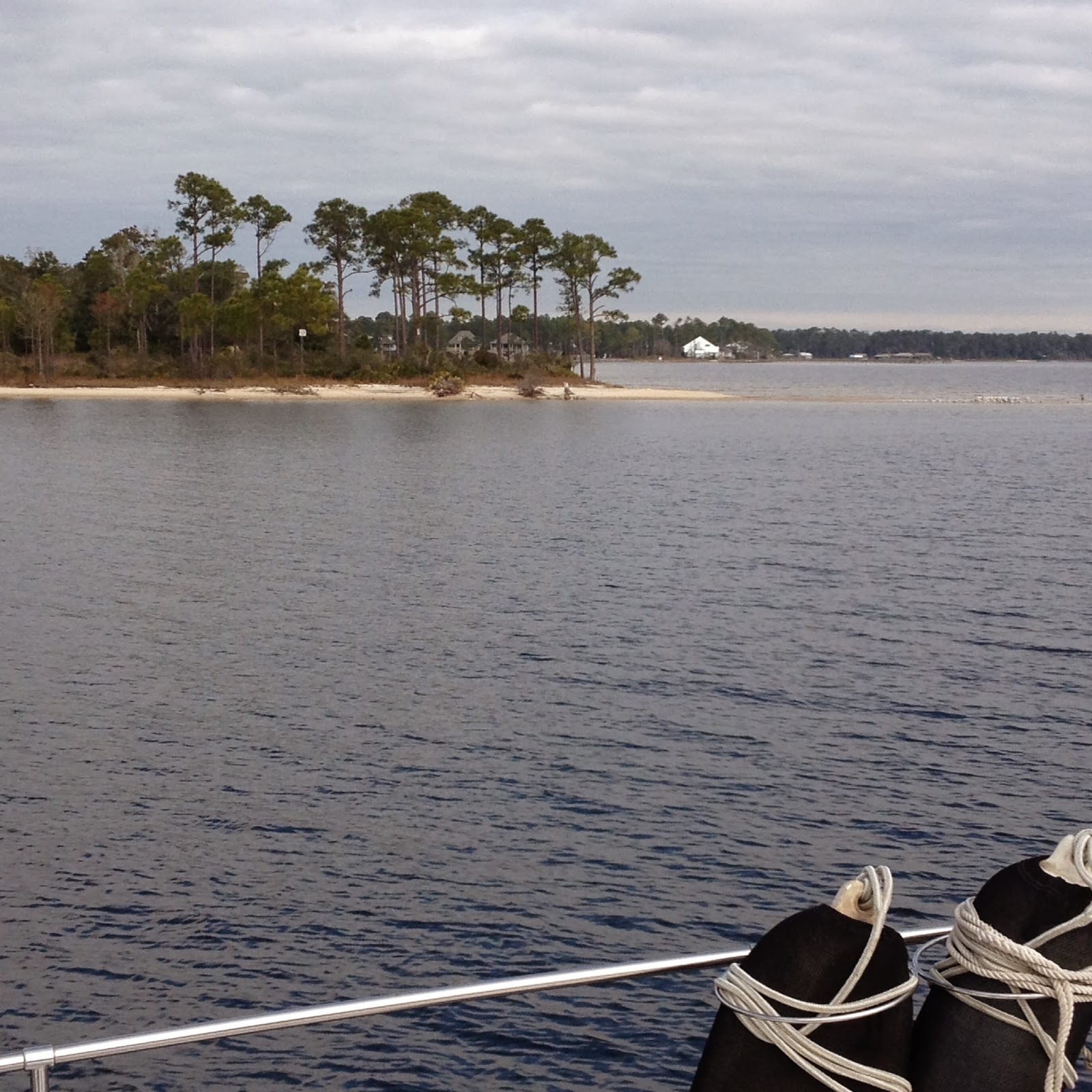 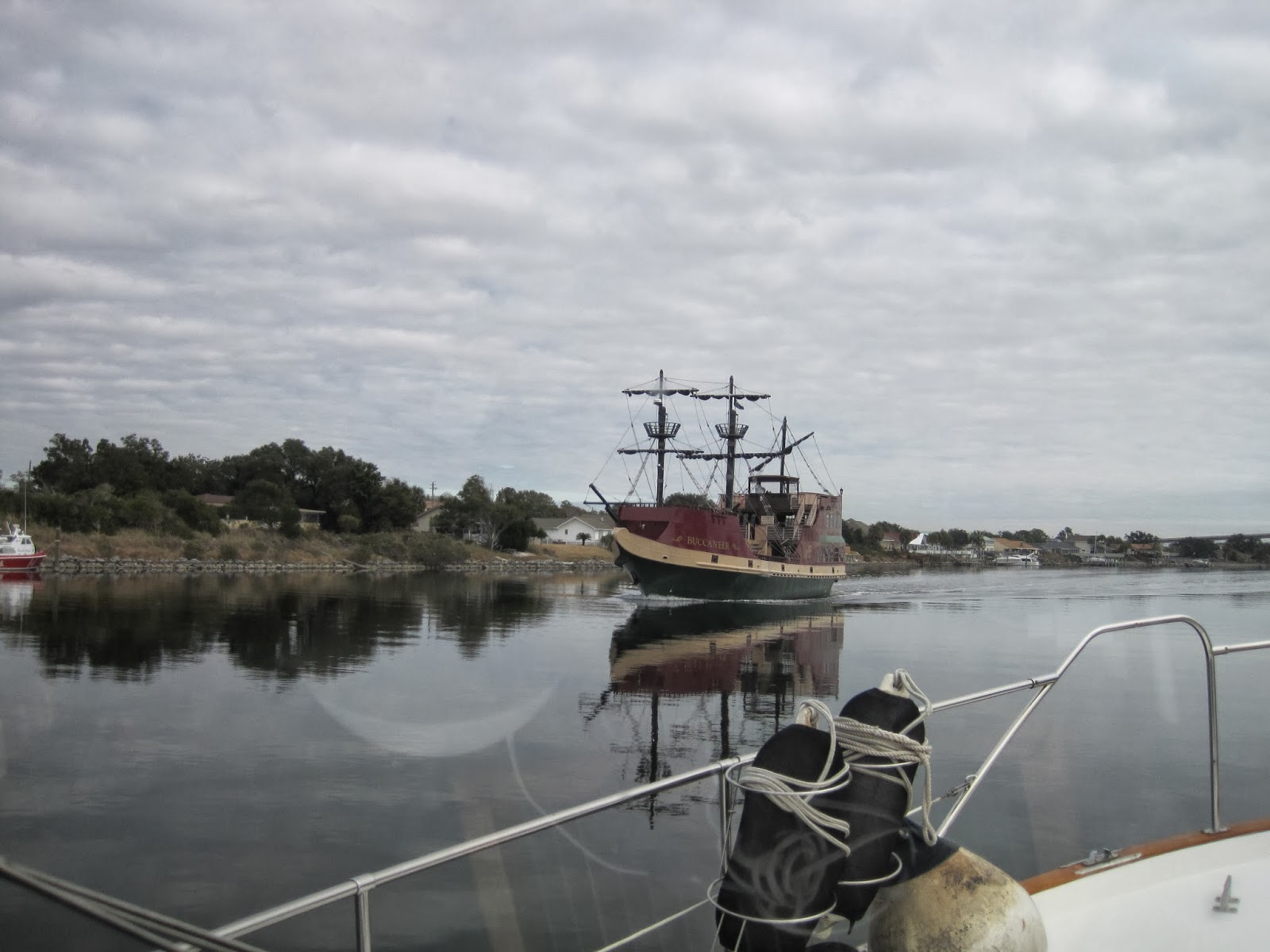 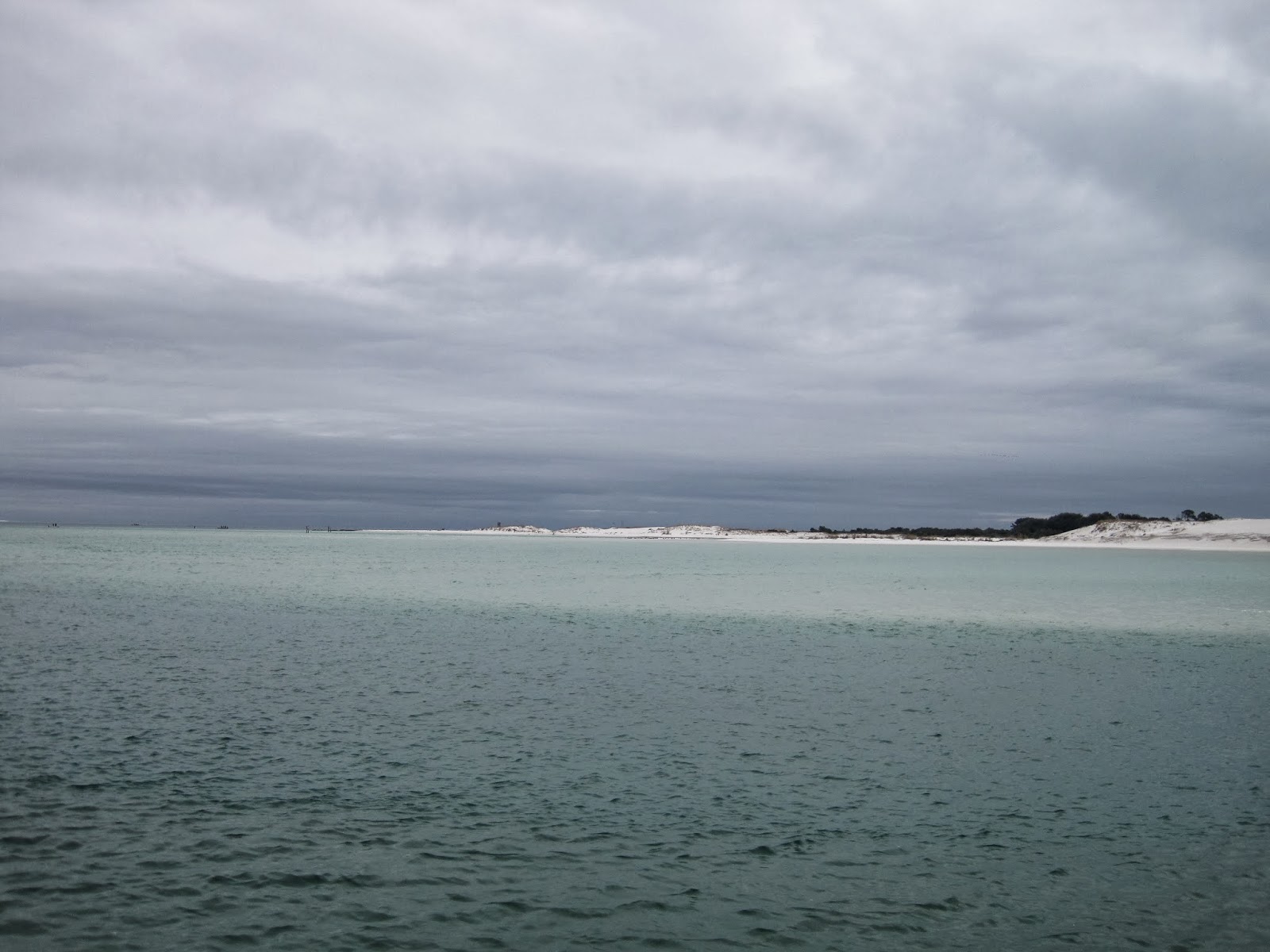 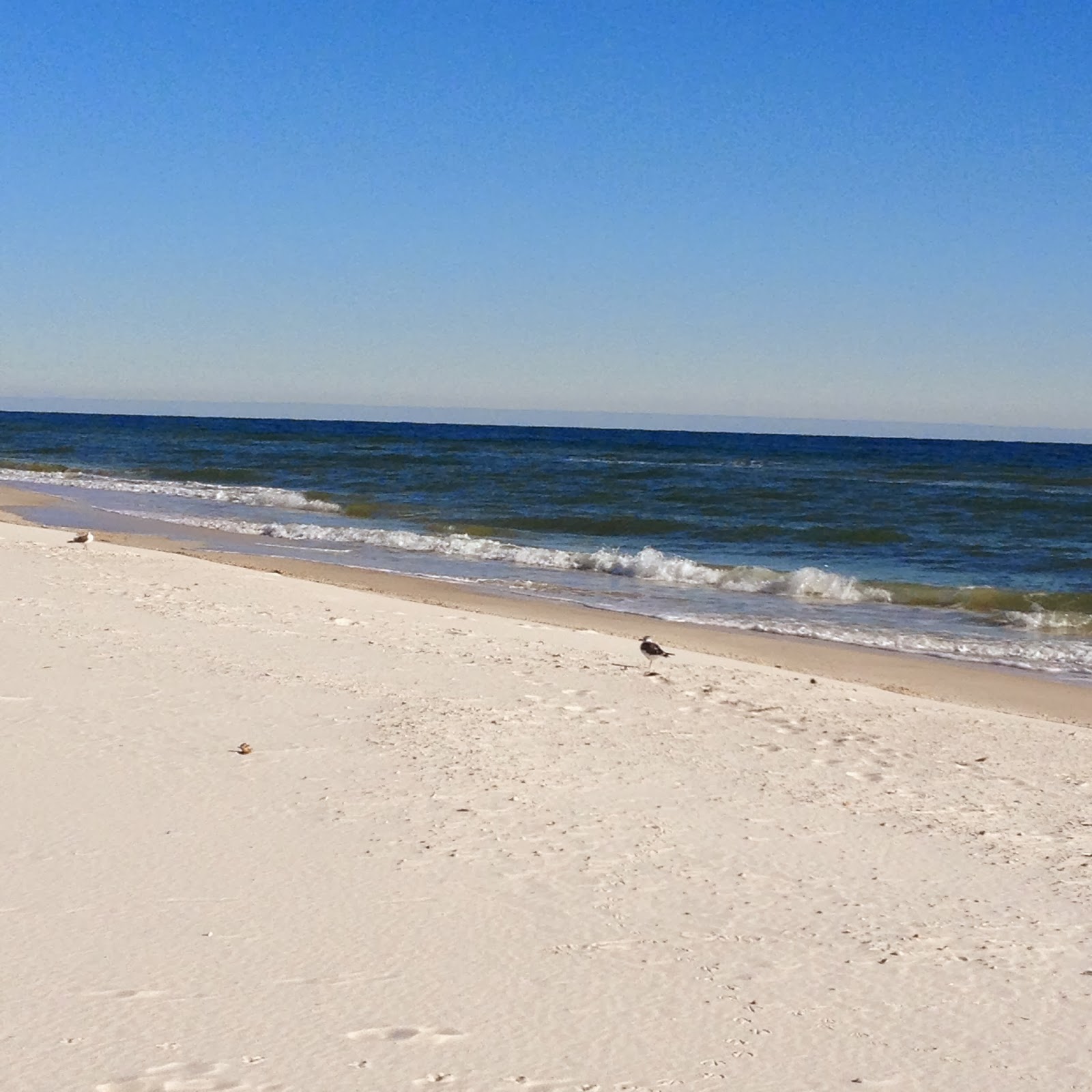 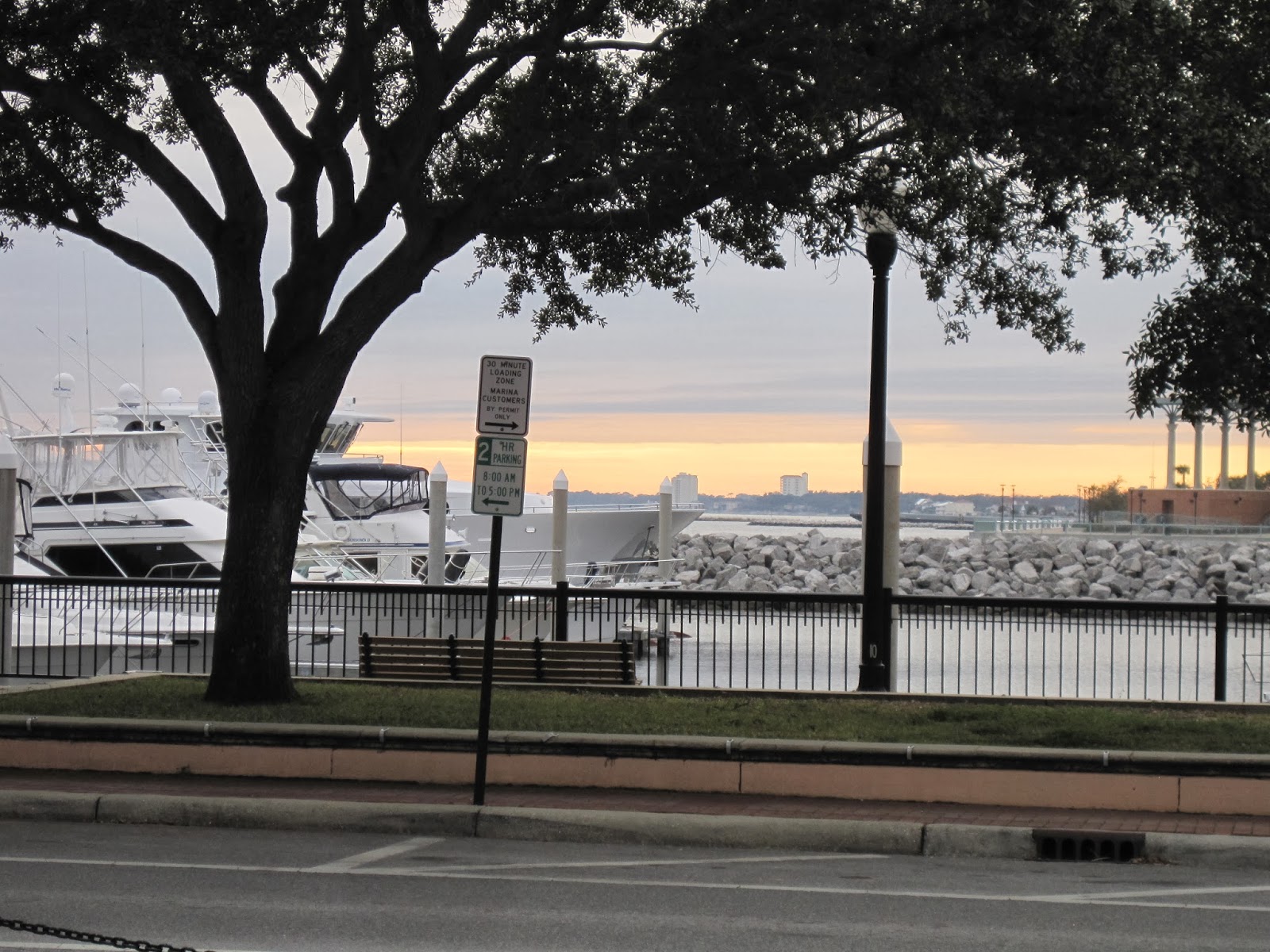 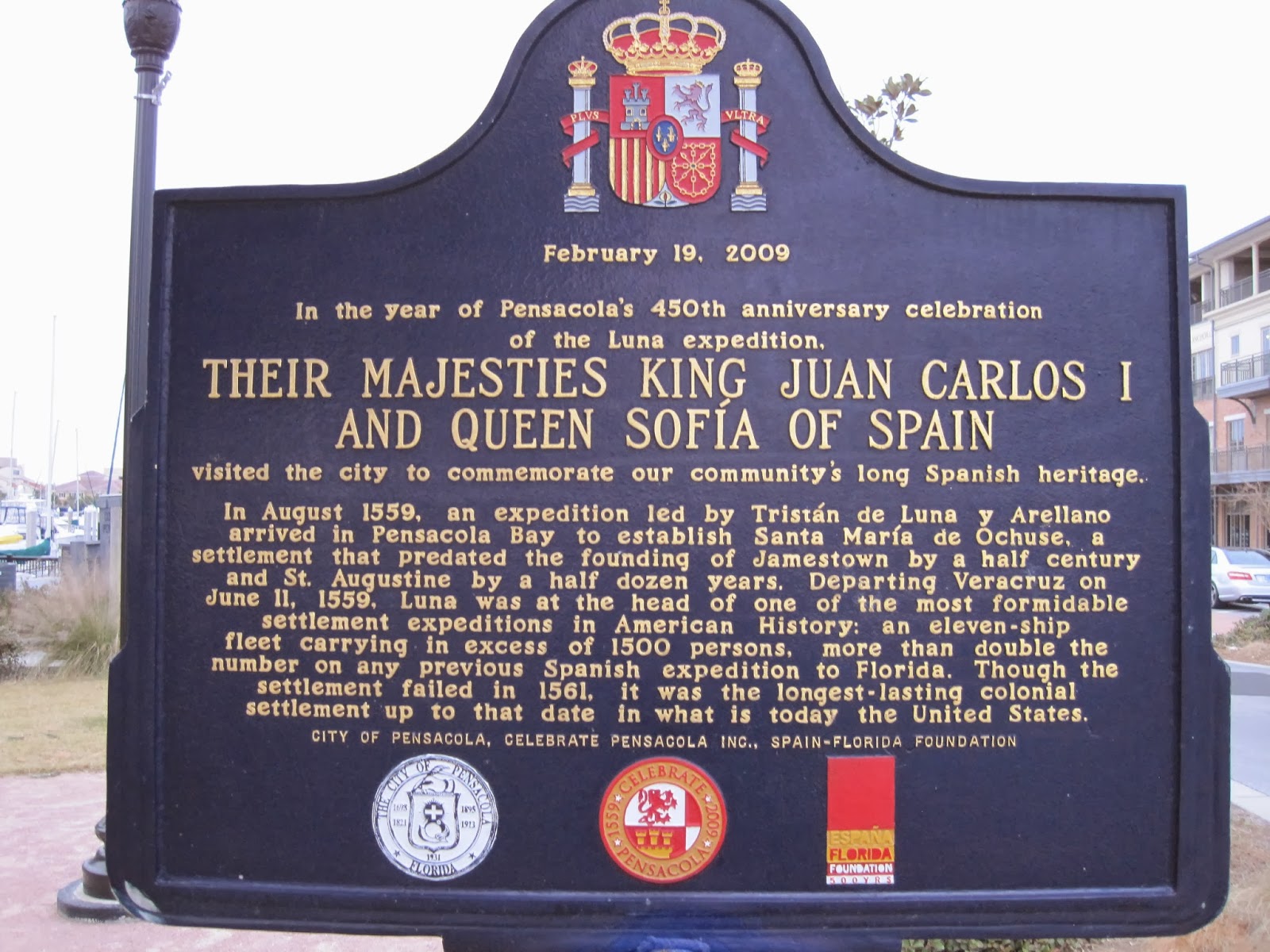 Posted by Larry Dezonia at 5:19 PM