After we left Panama City on Monday, the ride to Apalachicola was mainly either a large body of water or tree lined waterways.  We had a nice day with sunshine and traveled about 45nm.  Many loopers go to Port St. Joe because there is not many places to tie up in Apalachicola.  We stayed at the Water Street Hotel and Marina that has about 10 slips.  We had to back in when we got there because the finger pier wasn't that long and it was the only way we could get off the boat.  Naturally I had a heck of a time because the current and wind were going sideways to me as I tried to pull in a slip that wasn't much wider than we were.  After several attempts we finally made it and couldn't get plugged in fast enough to enjoy an adult beverage.  If you like oysters this is the place.  We also crossed over to the eastern time zone, so we lost an hour.  Soon after we arrived it started to rain and continued through out the night and early morning.  The only thing we did here was take pics of us arriving and leaving. 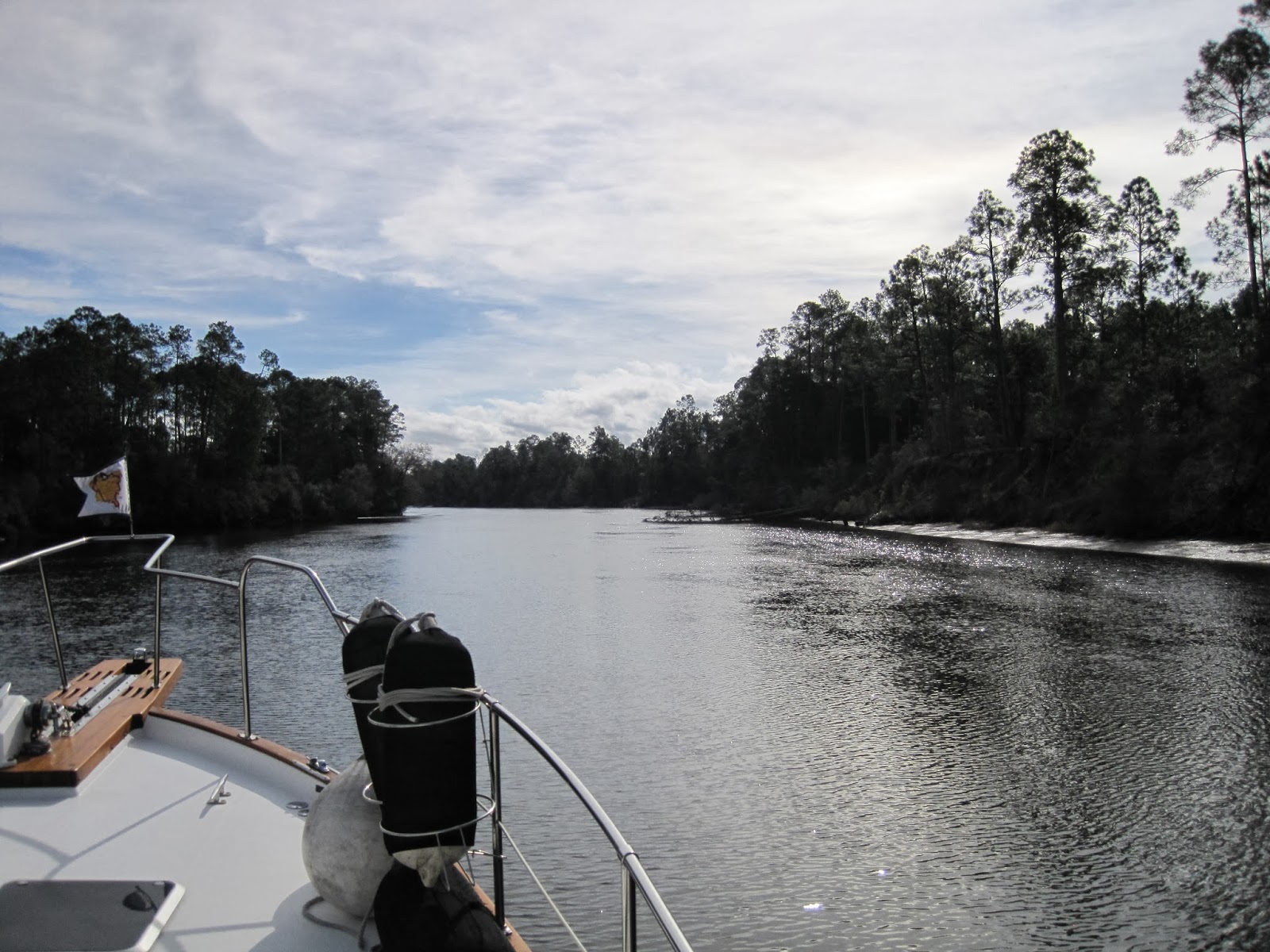 Posted by Larry Dezonia at 1:12 PM