The day before we were to leave Ortega Landing Marina we were informed that the railroad bridge in downtown Jacksonville would be closed at 7:00am till 12:00 and then close again at 1:00pm.  This meant we would have to leave at 6:00 am to make it to the bridge before it closed.  We left on time and made it without a problem.  We were going to stay at Amelia Island at Fernandina Florida but leaving so early we arrived there at 10:30 in the morning so we decided to head on to Jekyll Island in Georgia.  We arrived at about 3:00 pm, tied up and relaxed for the rest of the day.  Jekyll Island has much history going back to about the 1700's, however, at the turn of this century it was a private island for the rich and famous of the day.  They built a clubhouse on the island and only members were allowed.  A few names you may recognize were J.P. Morgan, Goodyear, and Rockefeller.  Fifty-three members purchased shares for $600 each, and a limit of 100 members was imposed to preserve the club's exclusivity.  From 1888 to 1942 the club opened every January, except a few because of yellow fever ourbreaks, to accommodate some of the world's wealthiest people. Members and their families enjoyed activities such as biking, hunting, horseback riding, and tennis, and frequented the north beaches. Some of the more esteemed members built mansion-sized cottages that still stand in excellent condition today. During the Great Depression the club experienced financial difficulties, and by the time the United States entered World War II the era of the Jekyll Island Club was over. The State of Georgia bought the island in 1947.

Because of the concentration of internationally prominent business leaders, the Jekyll Island Club has been the scene of some important historical events, such as the first transcontinental telephone call placed by AT&T president Theodore Vail on January 25, 1915.
Finance, as well as politics, was of paramount concern to many club members. J.P. Morgan could create or quell economic panics on Wall Street with the financial resources at his personal command. George Baker, head of the First National Bank of New York, and James Stillman, head of the National City Bank of New York, also members of the Jekyll Island Club, were nearly as wealthy as Morgan. In 1907 when a particularly virulent economic panic caused a run on the banks, one of these three men paved the way for a secret meeting on Jekyll. Traveling under assumed names, Senator Nelson Aldrich, four other bankers of national importance, and the Assistant Secretary of the Treasury made their way to Jekyll posing as duck hunters. Meetings the following week led to the development of the Aldrich Plan, which called for a centralized banking structure for the country. Although Congress did not pass the plan in 1912, President Woodrow Wilson and others used the Aldrich Plan as the basis for another plan that became the Federal Reserve Act, establishing the Federal Reserve System.
We have enjoyed the beauty of the island, going bike riding the last couple of days. We are going to anchor out tomorrow somewhere halfway between Jekyll and Savannah.  We plan to be in Savannah on Sunday. Looking forward to touring and maybe having a mint julep and some boiled peanuts! 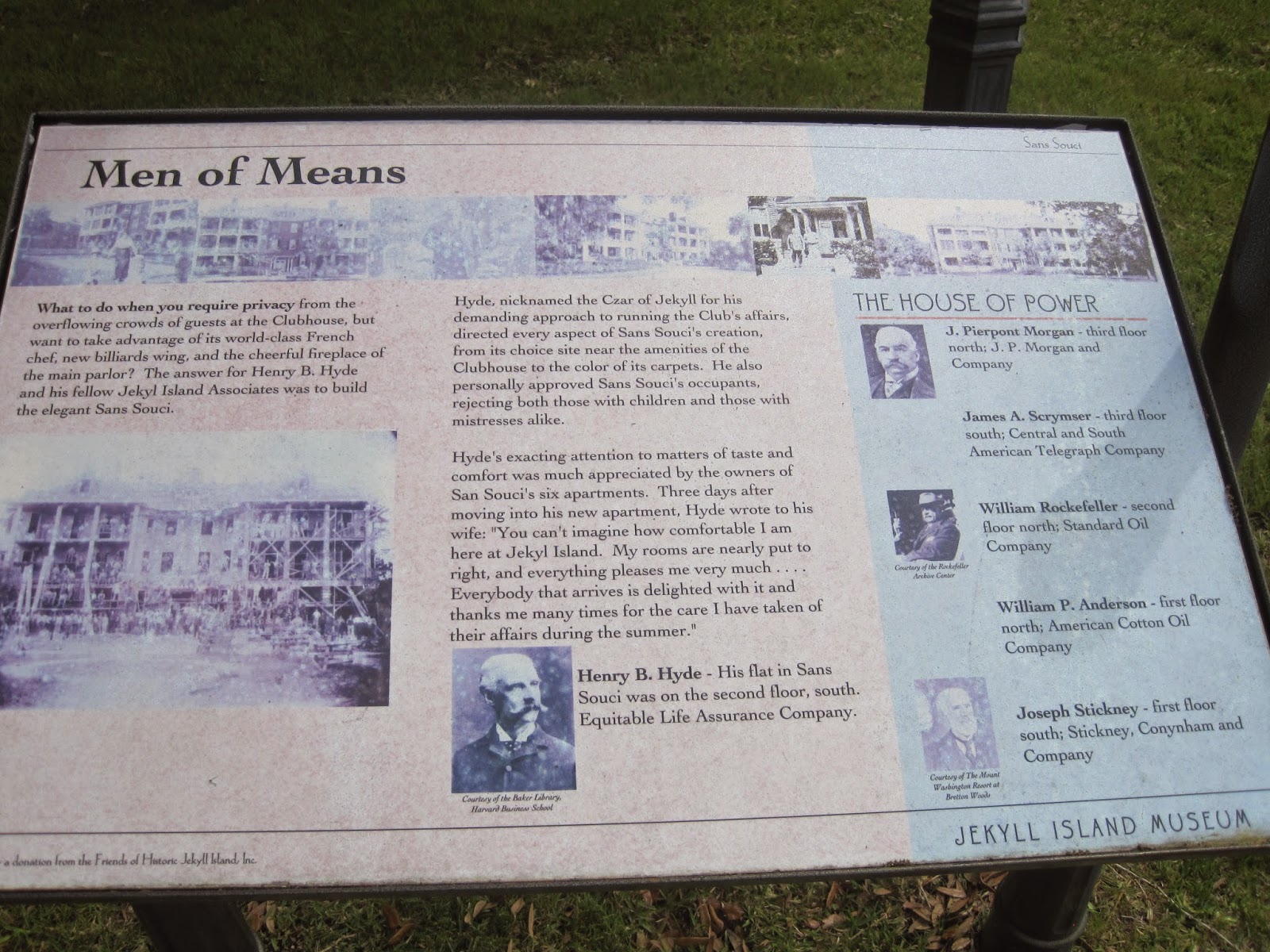 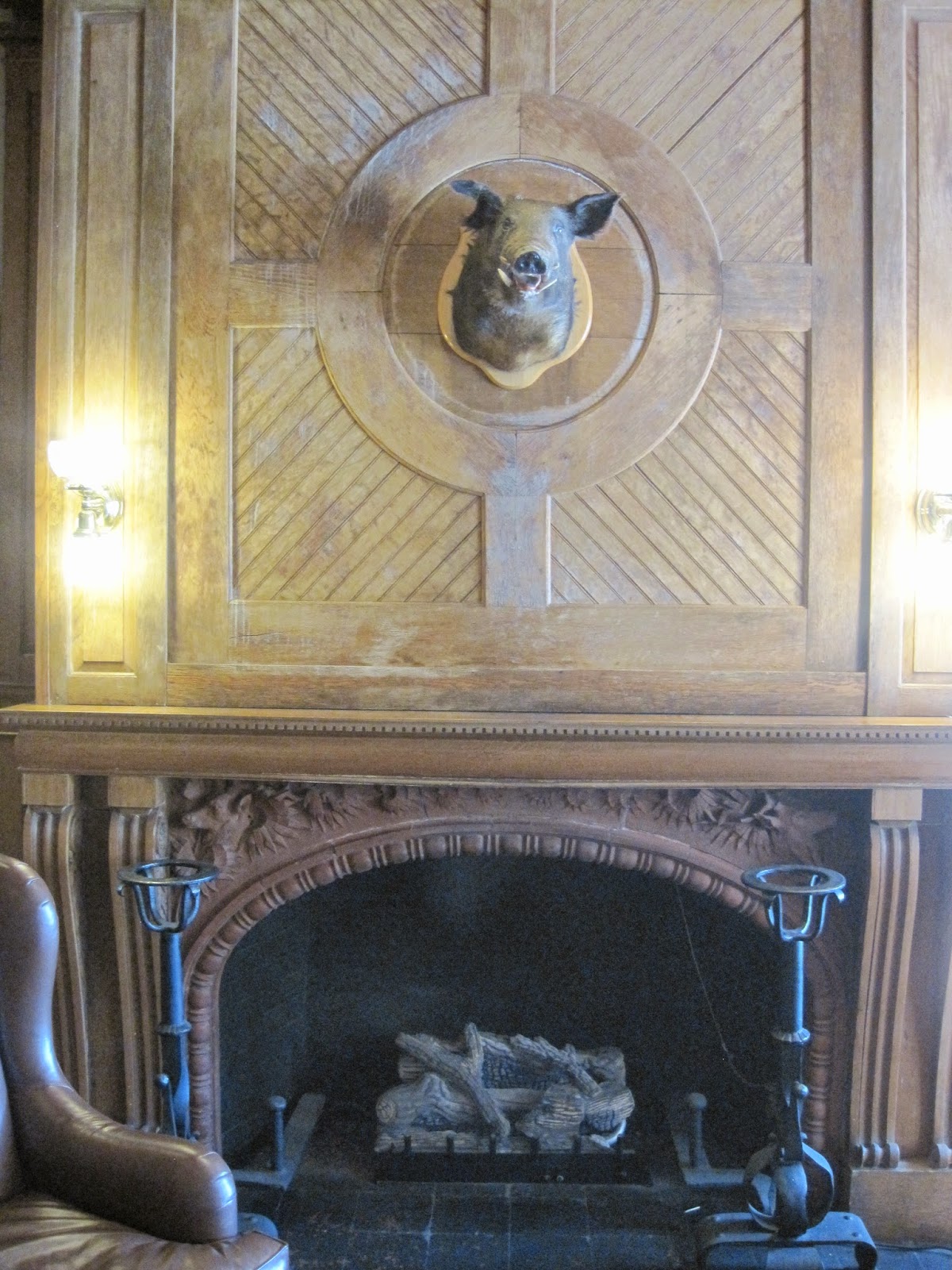 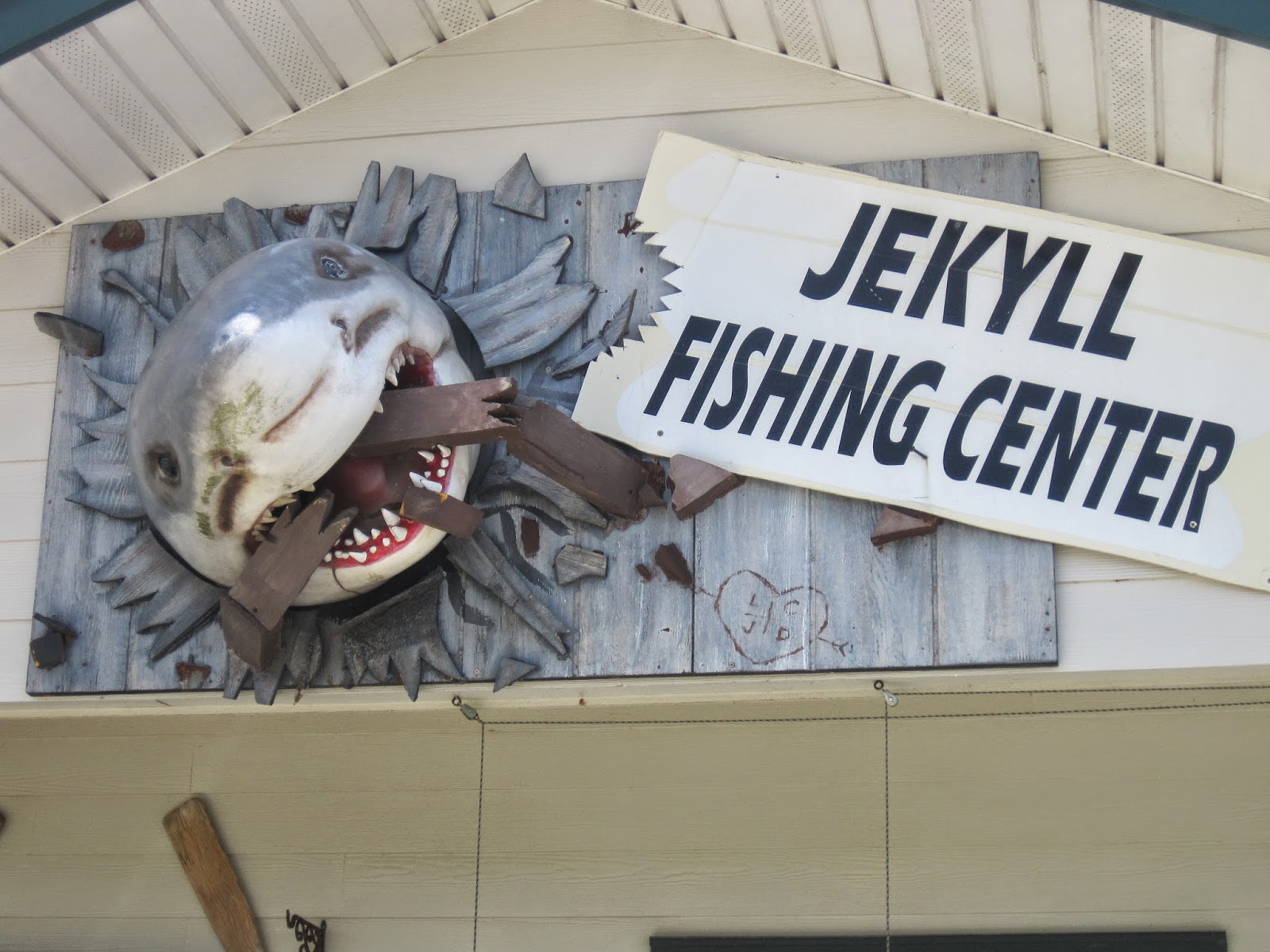 Posted by Larry Dezonia at 5:49 PM