We left Gasperilla Island at 10:00am and crossed Charlotte Bay heading South.  For the first 10 or 15 minutes I opened Panacea up to blow her out.  This boat has been nothing but wonderful.  It has ran great since Texas and hasn't let us down.  When we pull into these fancy marina's I think we have one of the oldest boats in there, but she looks great and I'm proud to show her off.  Most people ask me "what kind of boat is that"?   The boat was made in Washington State and here on the East coast they don't see too many of them.  I think I've seen three since we left Texas.  We arrived at Legacy Marina in downtown Fort Myers on Monday the 10th and are planning on spending a week.  Good to have floating docks.  After we got all cleaned up Debbie D's cousin Marcia, and her husband Bruce, picked us up and we drove to their house for dinner.  Marcia is a gourmet cook and we had a wonderful dinner.  They have a beautiful house in Fort Myers on the golf coarse with a screened in pool.  Even Chloe had a good time with their three dogs.  After dinner they loaned us their car so we could return to the boat and do any running around while we were there.  Next day the girls went shopping and I washed the boat from top to bottom, which I have not done since leaving Texas.  That night we went to Joe's Crab Shack next to the marina and chowed down on crab, and lobster.  We all enjoyed every last bite.

We thought about taking the boat down to the Keys but with time getting short and the expenses, like fuel and slip fees at $6.00 per foot we came up with another idea.  We took the Key West Express boat from Fort Myers on Wednesday the 12th and stayed two nights.  Chloe stayed at Marcia's with Bruce and her mother and Mikey D's mother, who is staying with them for a while.  Marcia decided to go with us so I had the job of the token male to make sure everyone behaved themselves.  The boat ride over there was a smooth 40mph boat ride.  This ferry is basically a jet boat with four jets.  It will do 55mph and with 13,000 HP ITC diesels.  When we arrived we rented a electric car that looked like a mini Hummer with no doors and open all around with a top.  The hotel we stayed at had two bedrooms with a living room.  The only issue was it was three stories from the entrance to the top bedroom.  That night we all went dinner at Blue Haven, which is outdoor sitting in an eclectic courtyard and very cool.  After the waiter took our order I noticed lightning in the distance and asked the waiter what they do if it starts raining.  He said "my radar says it's not going to rain".  Right after we ordered it came down and we all ran for shelter.  They whisked us upstairs to this room painted in red with naked pictures of women all around and a peep hole in the door.  We were told by the waiter that the building use to be a bordello back in the day.  After dinner it was back to the hotel in the electric car with no sides and no windshield wiper.  We all made back okay and only a little wet, it's all about the adventure.  Next morning the sun was out and we headed back to the Blue Haven for breakfast.  After three bloody Mary's and lobster Benedict we were off down Duvall Street.  The girls went shopping and I went to the Mel Fisher museum.  Mel was the guy that found the sunken treasure of the Atocha off Key West worth over $500,000,000.  Then I went on the Conch train tour of Key West.  I think I can tell you everything about Key West.  Friday we took the express back, which left a 6:00pm and arrived back in Fort Myers at 9:30pm. I won't say who, but one of use got sea sick along with about twenty five percent of the boat.  The next day, Saturday, we slept in and finally left the boat to do some errands and then to back to Marcia and Bruce's for some good ole fried chicken, homemade cream corn, potato salad and for dessert was banana pudding.  Jan was in heaven and we were all stuffed when we left to go back to the boat.  Sunday, Bruce set us up for a round of golf at the coarse behind his house and the girls went, you guessed it again, SHOPPING!  Since we are leaving for Stuart the next day Marcia and Bruce drove us all back to the boat.  What fun we had with them and how wonderful they were with the dinners, hospitality, using there car and taking care of Chloe.

I'm not sure if I told you that Mike and Gaile, we spent time with in Venice, was at one time a member of the Sea Ray Boat Club, which is how we know them.  Well it turns out that there are other members here in Florida that have been following this blog and have been in touch to visit when we are in that area.  Well guess what?  Dave and Lisa are also here in Fort Myers and they came over to the boat, who are still members and live here in there RV,  We all spent time getting caught up and walked over to Joe's for dinner.  What a small world seeing long lost boaters from our Sea Ray days.  After goodbyes we went to bed early for our trip across the Okeechobee. 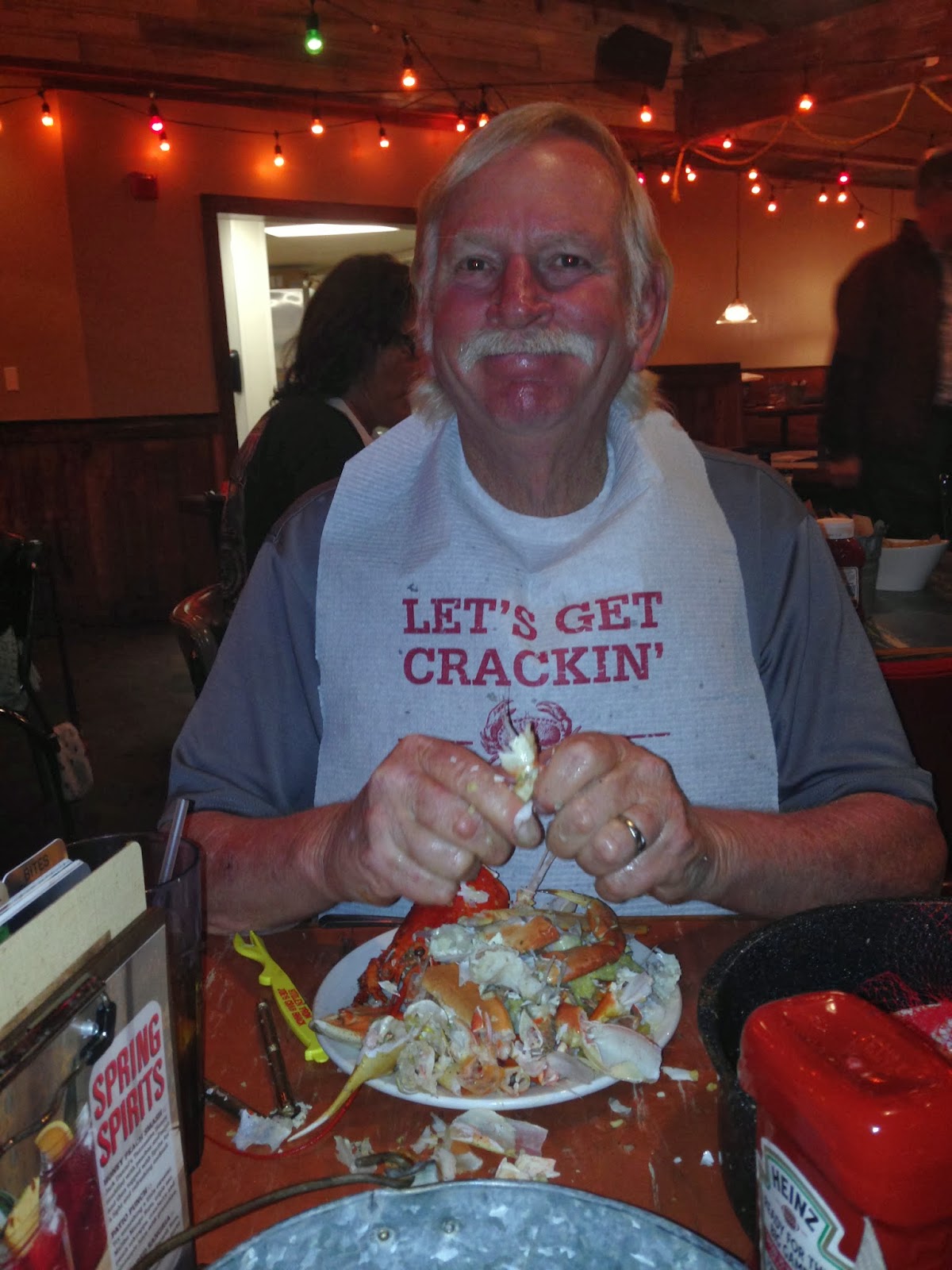 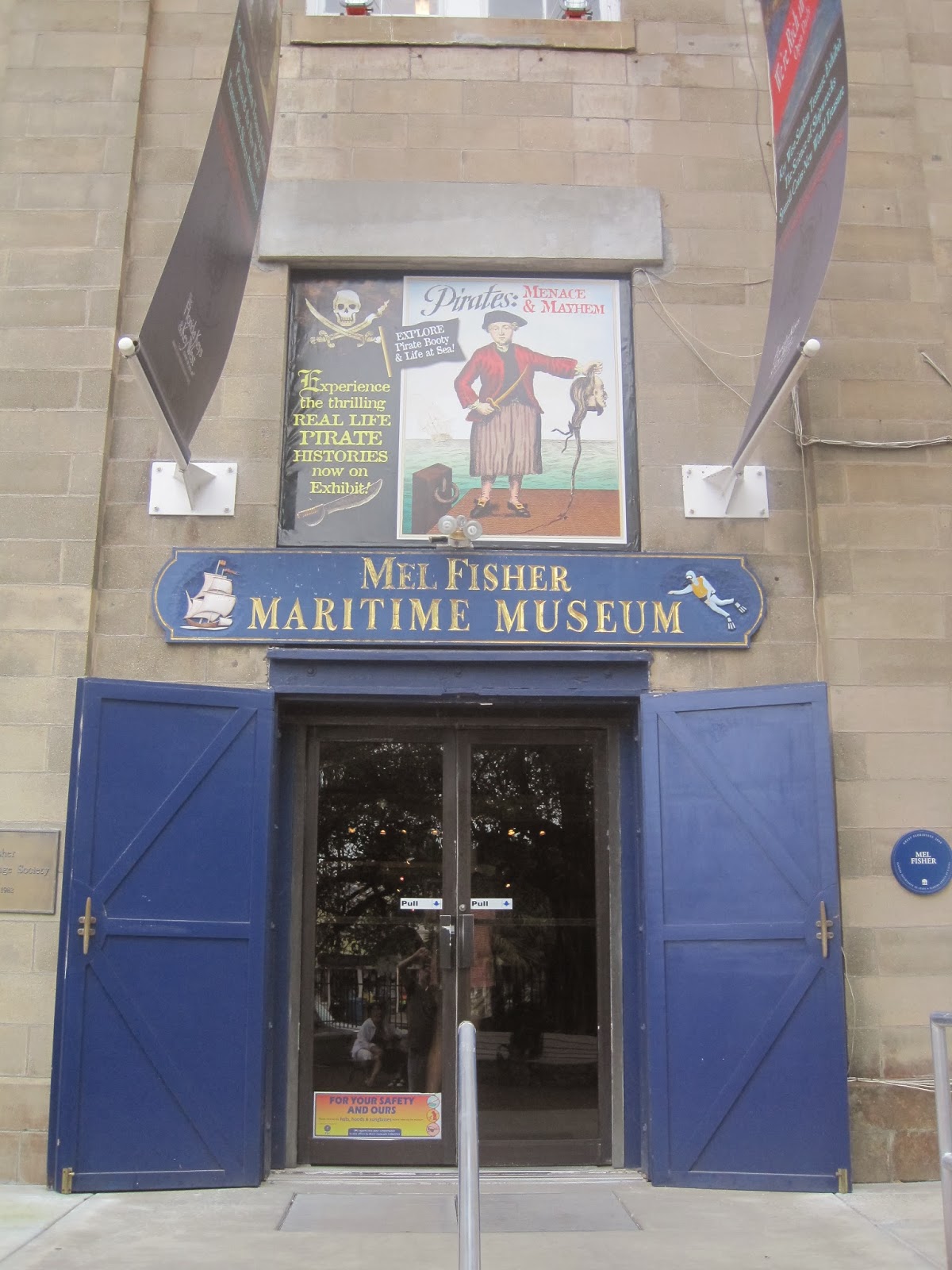 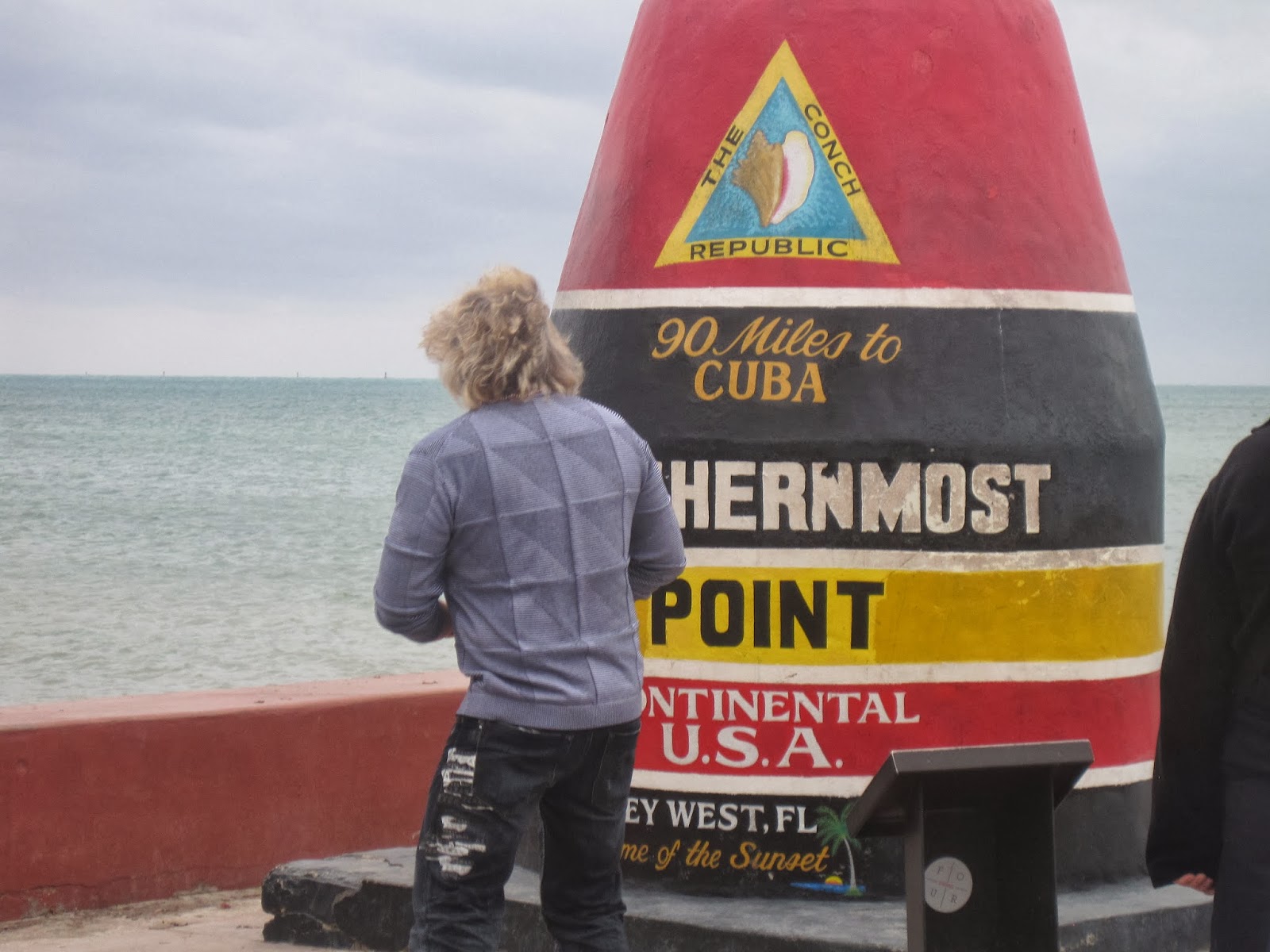 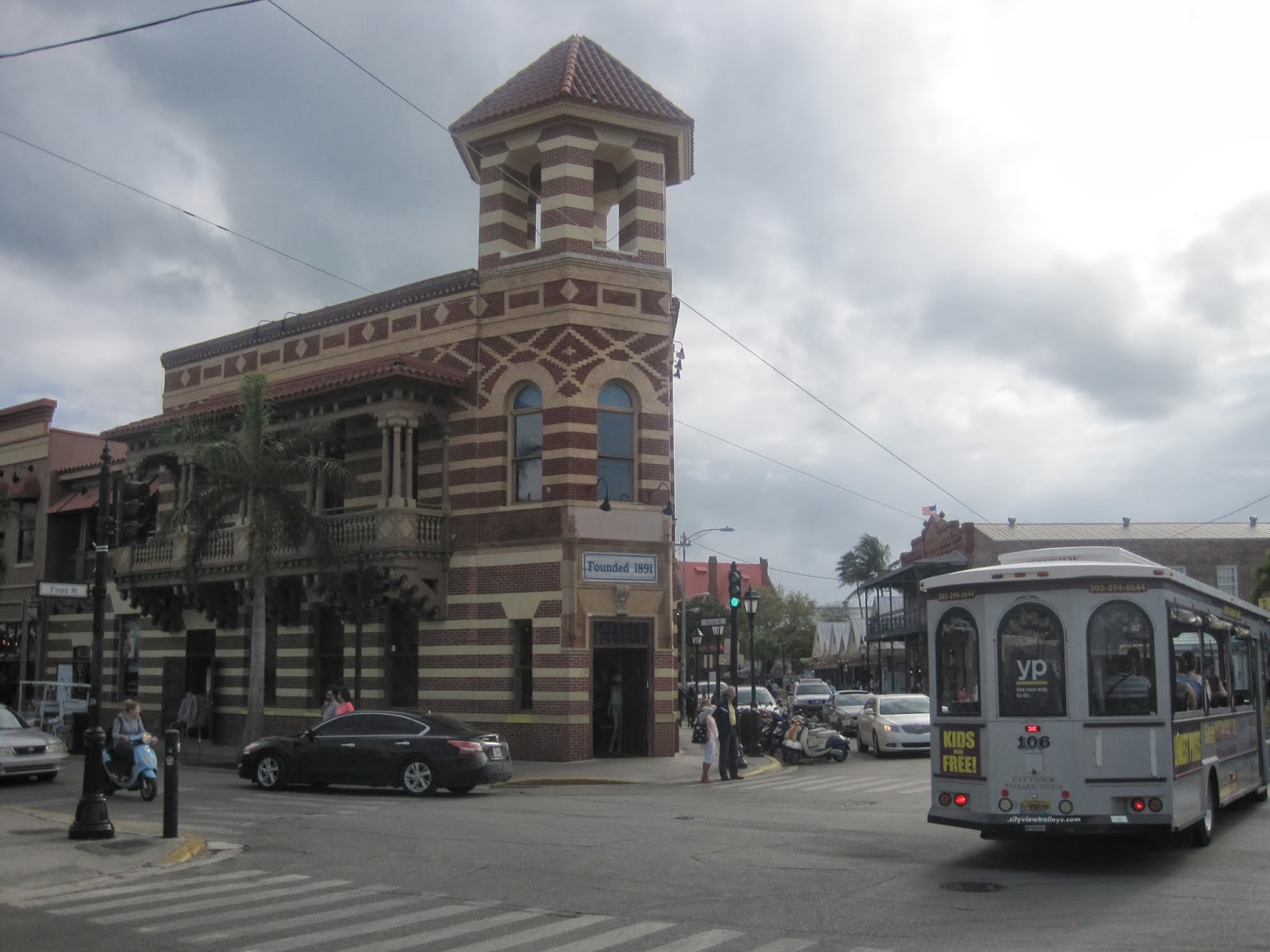 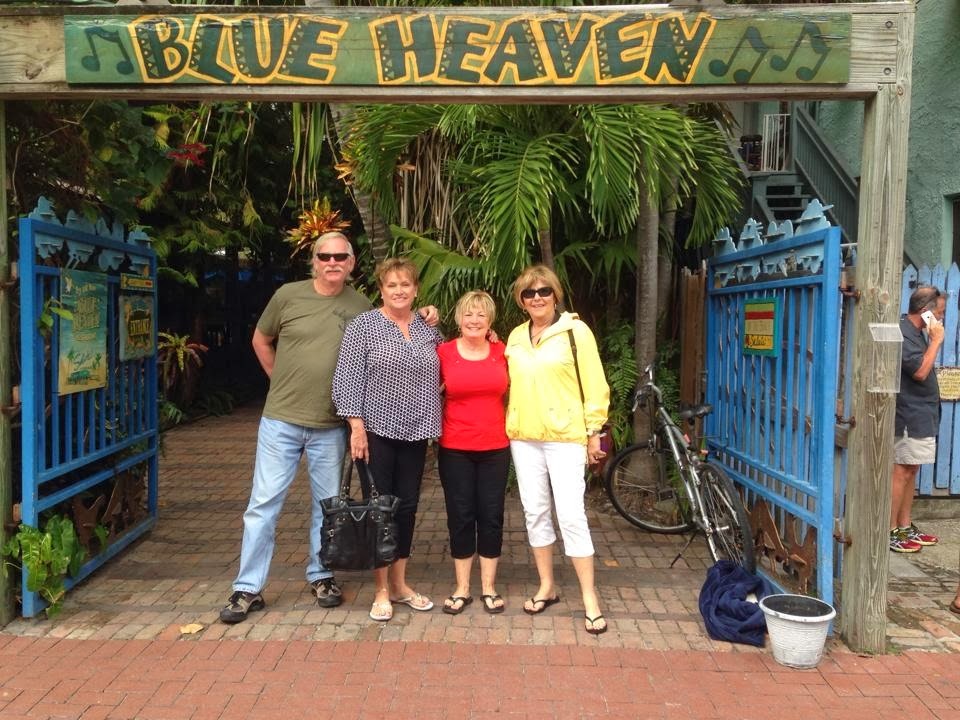 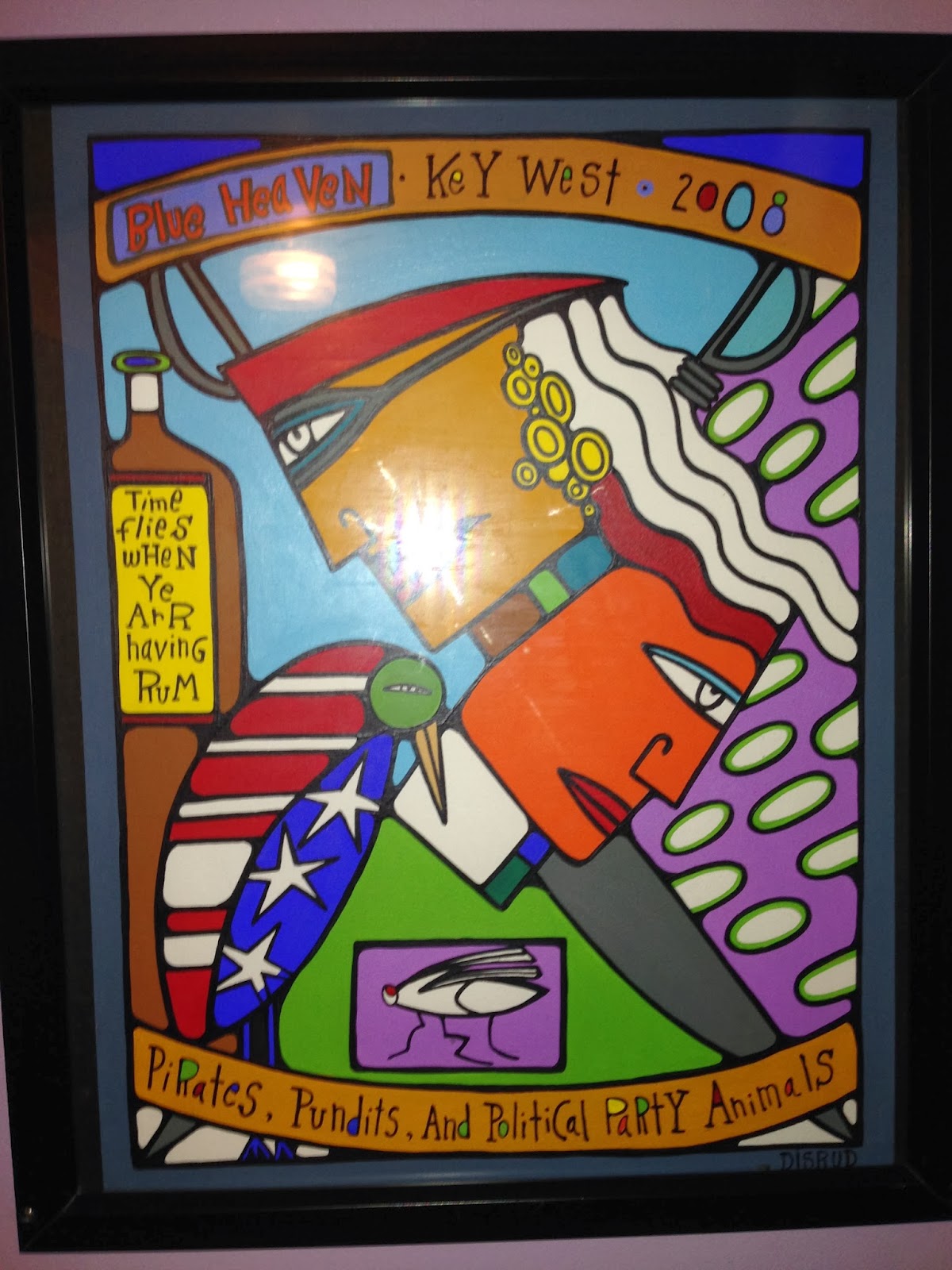 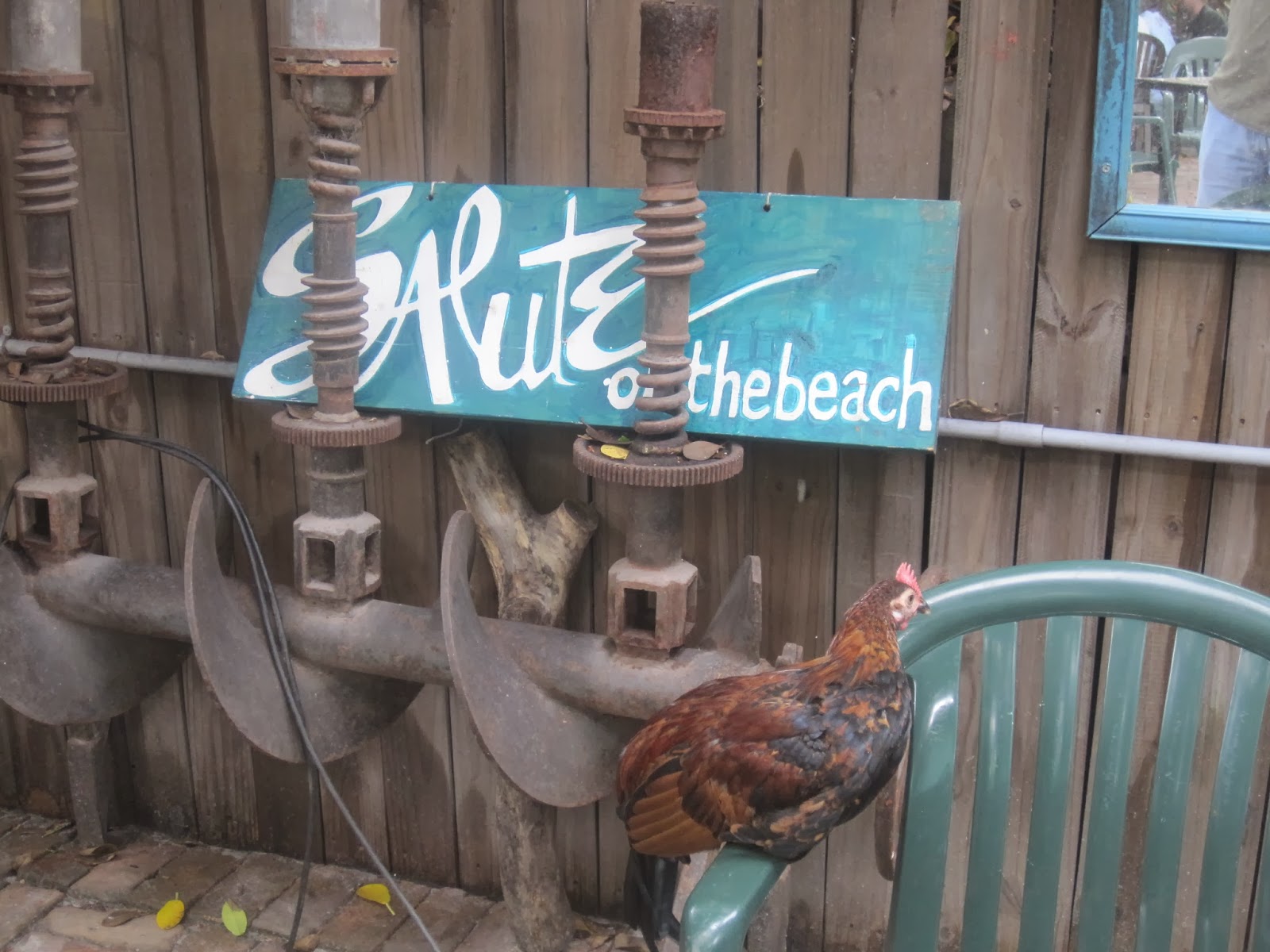 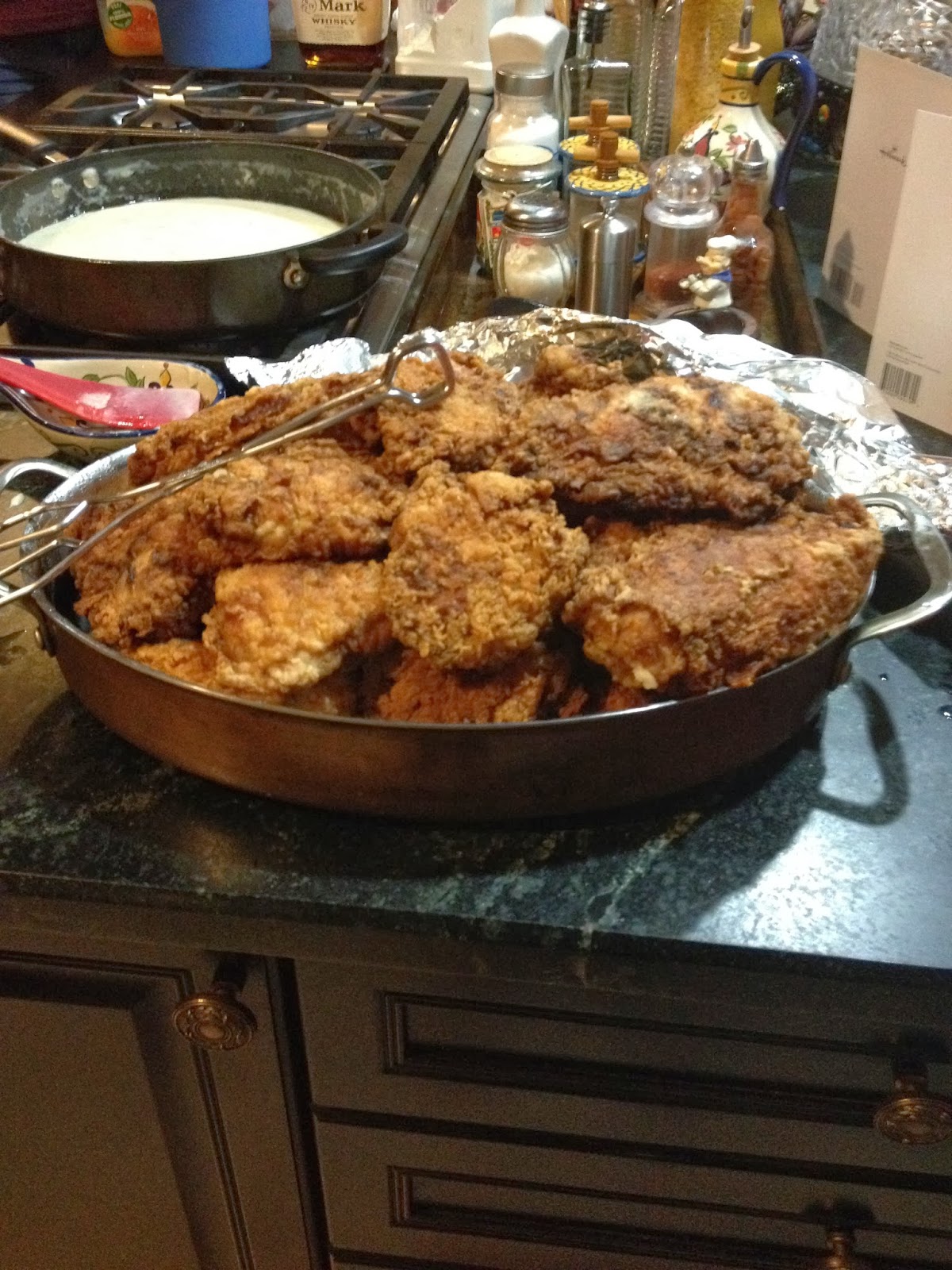 Posted by Larry Dezonia at 7:50 PM