We left for Mackinac in the morning and had only one footer waves on our nose and decided since it was so nice we would make a straight line to the island rather than hug the North shore in case of rough water.  We were doing fine for a while as we noticed the wind picking up and the waves now maybe three feet.  No big deal, the boat was handling it fine and the ride was not uncomfortable.  After a while longer it was now four footers with an occasional five, so we decided to put Panacea on plain because it was a better ride and we were about 12 miles from the island and wanted to get there quicker.  Then as Captain Ron would say "if it's going to happen, it's going to happen out there," and both of our engines shut down and we were dead in the water.  I knew immediately we had run out of fuel in the port tank and raced down to the engine room to switch tanks to starboard and try to prime the fuel lines to start the engines.  Mean time anything that wasn't tied down was on the floor and flying back and forth, including Jan and Chloe.  I must say it is very uncomfortable in a boat in four and five foot waves just tossing you back and forth.  Jan thought we were going to tip over and became very anxious even though I tried to reassure her we were fine.  After several attempts of starting a engine I found out very soon that my batteries were dead, so I thought.  Average Looper and Navigator were about 10 miles away and Jan called them on the VHF and they in turn called the Coast Guard.  I was down in the engine room and didn't know all this was going on until I came out and Jan was talking to the Coast Guard on the cell phone.  I informed them we were dead in the water and needed a tow into Mackinac Island.  Another boat called Untied, that was also at the DeTour marina, had heard the conversation on the radio and changed their coarse and headed to give us any assistance.  Meanwhile stuff is still flying all over the place and making a hell of a racket.  We got our life jackets on, including Chloe, and waited for help.  Untie got to us first and circled until the Coast Guard showed up a little over an an hour after calling them.  We were not taking on water and we were not in a life threatening situation, just uncomfortable.  When the Coast Guard got to us they dropped off one their men and he, Mike, calmed Jan down and tried to figure out what to do.  The boat they brought out was one of those inflatables with the aluminum cabin and two outboards.  It only had a towing capacity of 10 tons and I was 12 tons.  When going over all that was going on he suggested turning off all our power to the batteries except for starting the engines.  That's is when I noticed with all the rocking and rolling going on and when Jan was on the radio she accidentally switched off the engine switches and several others trying to hang on.  I went back down into the engine room and started to prime the starboard engine and finally got it going.  With one engine we started for Mackinac with Mike onboard and the Coast Guard boat escorting us into the marina.  Sooooooo.........here we were at Mackinac Island, one of the destinations of any looper.  No motorized vehicles are allowed and the only way to get around is by foot, bicycle, or horse.  Since there were a lot of horses the town had that unique smell of what the country was like before the combustable engine.  Best way to get around is with the bike.  The day we were to leave the lake conditions were 4 to 6 feet with an occasional 8 so we decided to stay an extra day before heading to Charlevoix.  Loved Mackinac but way too many tourists. 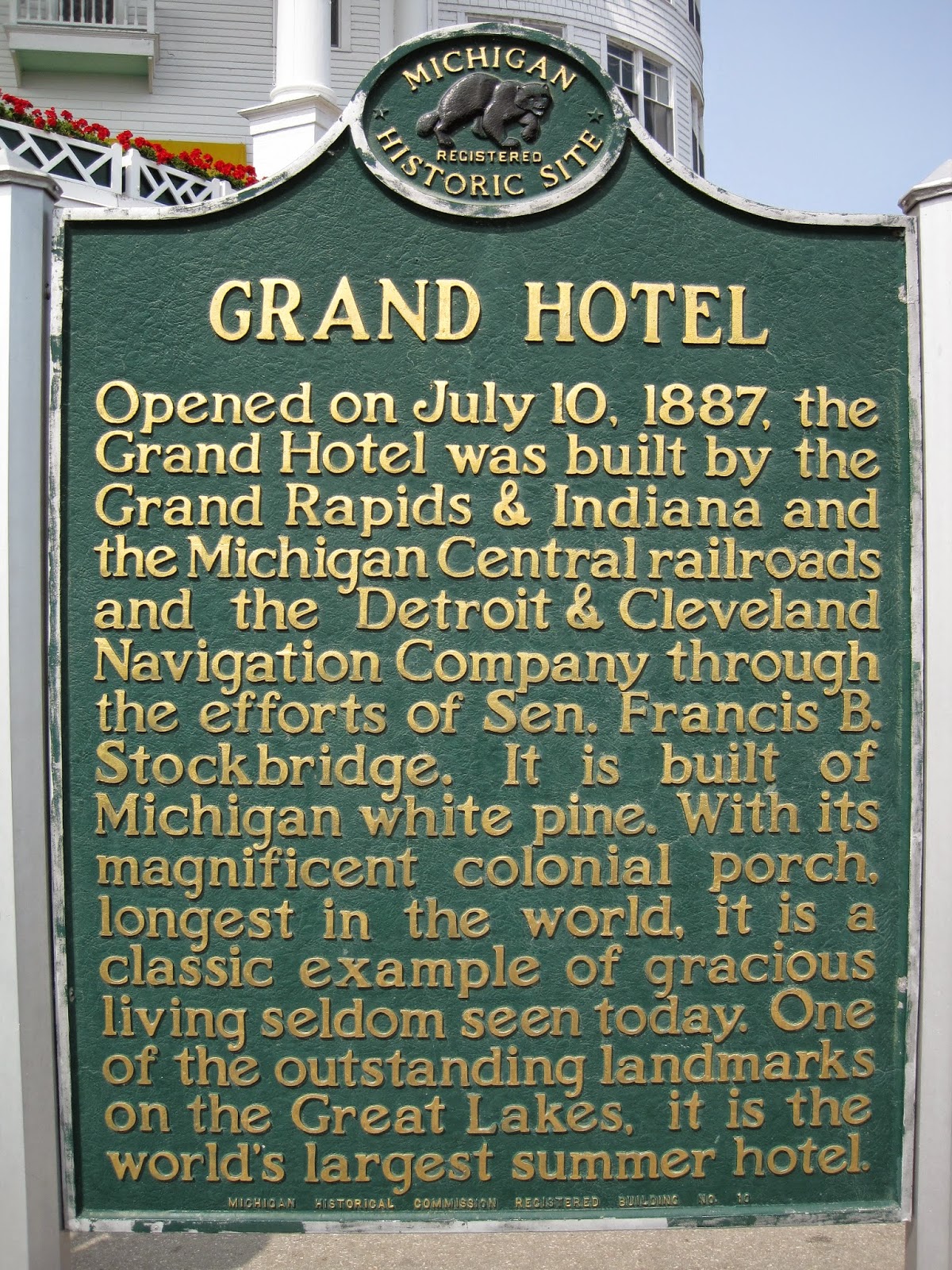